Photo campaign: From Philly to Palestine, free the MOVE 9!

The following action was initiated by the SJP Ona MOVE campaign. The ANSWER Coalition encourages its supporters to participate. Click here to RSVP on Facebook. 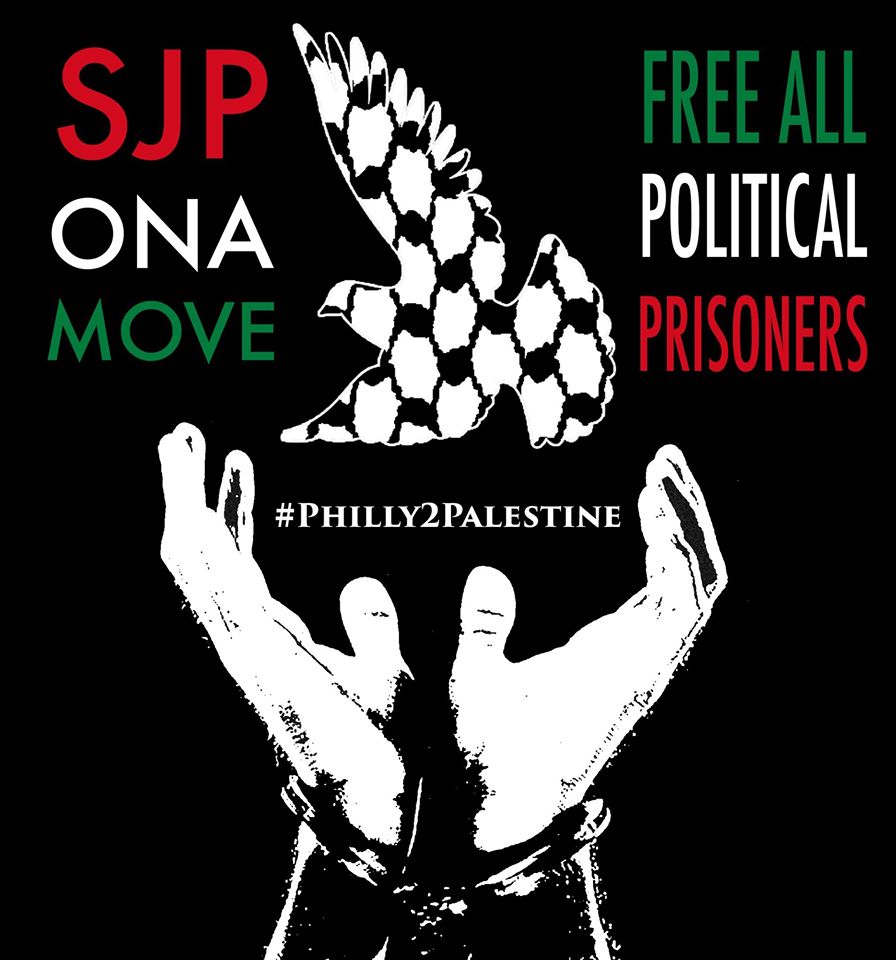 We urge all Palestine solidarity activists, dissenters, and supporters of Palestinian liberation, to participate in a photo campaign to spread awareness about the MOVE family and stand in solidarity with them.

On August 8th, 1978, the racist Philadelphia police and SWAT team, guided by mayor Frank Rizzo, surrounded the house of the MOVE family, an activist group in Philly. With their heavy equipment, they started to tear down fences on MOVE property, working their way towards destroying the the house. Tear gas was also thrown into the home, enough to kill the children inside and 4 firetrucks sprayed thousands of pounds of water pressure into the home. When MOVE members resisted, they were brutally beaten and shot at by the police.

In the aftermath of this incident, 9 MOVE members were framed in the killing of a police officer and sentenced 30-100 years in prison. In this same year, Janine Africa's three month old child, Life Africa, was thrown to the ground stomped to death by the police.

To this day, the state still attempts to execute the incarcerated MOVE members. We can no longer allow this to happen.

How to Participate:
-Post a picture of yourself holding up a brief statement of solidarity demanding the release and justice for the MOVE9. This statement can be on a piece of paper or poster, whatever you think is best.
-Include the hashtag: #FreeTheMOVE9 under your message!

**You do not have to be in SJP, or from Philly or even the United States to participate! We realize that all of our struggles are connected, and stress the importance of international solidarity between all oppressed people.

When we see the MOVE 9, we see Bilal Kayed and the 700,000 Palestinians who have been incarcerated by the Israeli apartheid government since 1967. When we see the issues that the MOVE family has faced, we realize that our tax dollars are funding the same oppression in occupied communites across the globe. We must demand justice for all of our freedom fighters who have been wrongfully attacked and persecuted by the capitalist system.