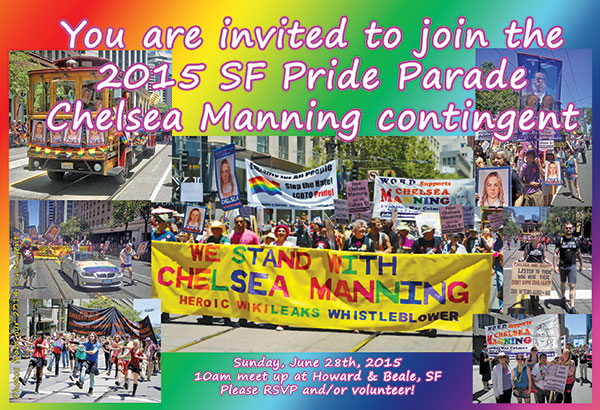 In 2013, the Chelsea Manning contingent was awarded the highest honor, “The Absolutely Fabulous Overall Contingent”. That contingent was the largest non-corporate group with well over 1,000 people! And last year, Chelsea Manning was honored as an official Parade Grand Marshal! With Chelsea’s legal appeals beginning soon, she needs your support more than ever!

Organized by the Chelsea Manning Support Network and Courage to Resist, with the support of these Bay Area organizations: