The following message was originally circulated by Prison Radio 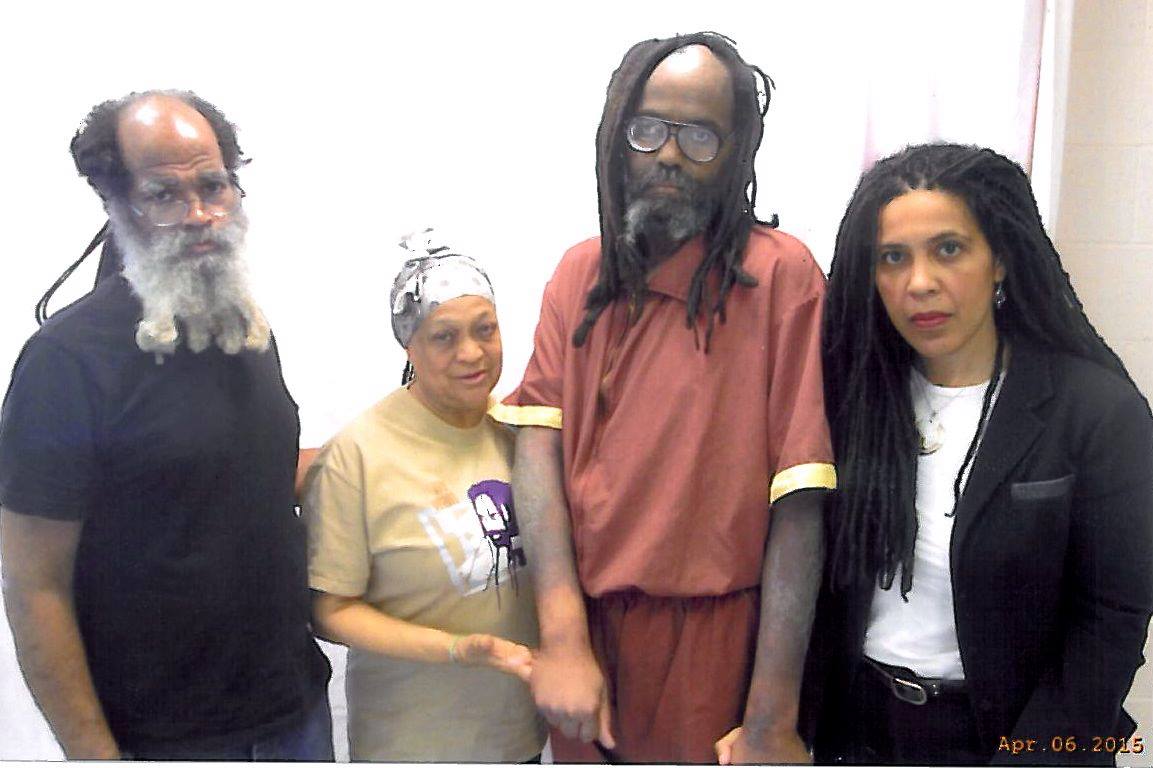 Mumia is still in medical danger. He is weak, in the infirmary, and still needs a wheelchair to come out to visits. In a phone call on Monday his voice was hesitant and lacked its usual vibrancy.

Yesterday, the PA Department of Corrections notified Mumia’s Attorney Bret Grote (of the Abolitionist Law Center) that it would:

Mumia is being held in the very infirmary that caused his chronic conditions of eczema and late-onset diabetes to become life-threatening. The medical personnel on site were prevented from ordering tests when he was ill in mid-March, and are under the same prison/corporate restrictions today. One postive note, at this time Mumia is being allowed to monitor his own blood sugar multiple times a day, and he is receiving insulin. Since Mumia was hospitalized in ICU on March 30th with life threatening complications from chronic conditions we have been advocating for his treatment. We have to step up our efforts.

We are keeping our “Eyes on Mumia”. Your support has enabled his family see him. We demand that:

His doctor be allowed to communicate freely and regularly with the prison infirmary physicians who are currently overseeing Mumia’s care.

The PA Department of Corrections (DOC) allow Mumia’s doctor to schedule an immediate Independent Medical Examination in an examination room with a table and medical instruments.

The PA DOC develop a diagnostic and treatment plan adequate to understand any underlying conditions that have contributed to his current ongoing crisis, and that consultation with appropriate specialists be arranged in a timely fashion and be used to assist in this effort.

Call, fax and write to: