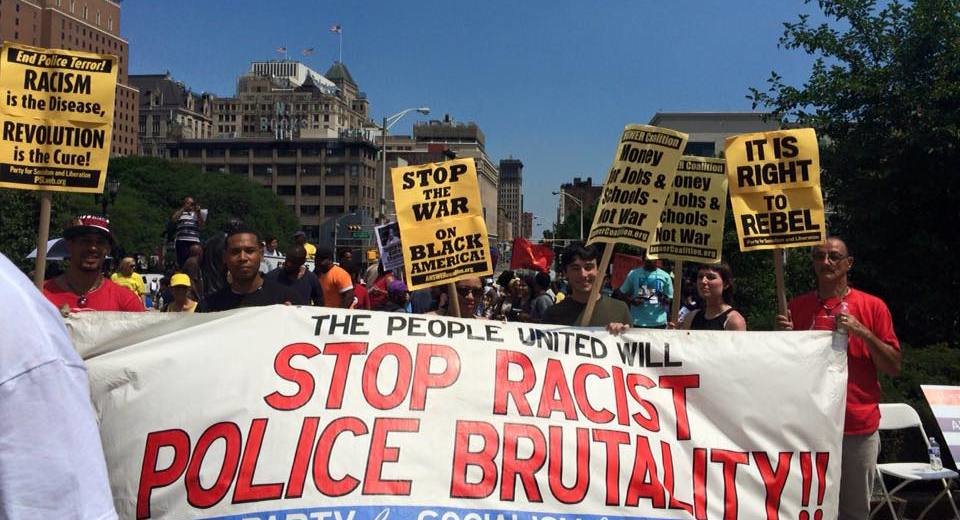 People converged from across the East Coast July 25 in Newark, N.J., for the “Million People’s March against Police Brutality, Racial Injustice, and Economic Inequality.” The demonstration, organized by the People’s Organization for Progress and endorsed by a wide range of progressive organizations, was another sign of the endurance of the mass movement for Black liberation and against racist police brutality that has emerged out of the Ferguson Uprising.

The ANSWER Coalition was and endorser of the march and was represented by a contingent made up of organizers from Philadelphia, Boston, New York and New Haven, Conn.

Protesters gathered on the courthouse steps to hear speakers denounce police terror and make the case that the epidemic of violence targeting Black and other oppressed communities is part of a system, not isolated incidents. A clear connection was made between poverty and inequality on the one hand and police brutality on the other, which serves to protect the interests of powerful elites.

The families of victims of murder by the police were an important part of the organizing effort, and several spoke during the rallies. These included relatives of Kashad Ashford, Frank McQueen, Akai Gurley and many others.

The crowd then began to march through the main streets of Newark, passing by City Hall. The large demonstration drew enthusiastic support from passersby. The march then headed back to the courthouse for another rally.