Protesters demand: No war on Korea!

In response to Donald Trump's extreme, aggressive rhetoric and threats directed towards the Democratic People's Republic of Korea (North Korea), demonstrations were held in several cities to protest the drive to war. 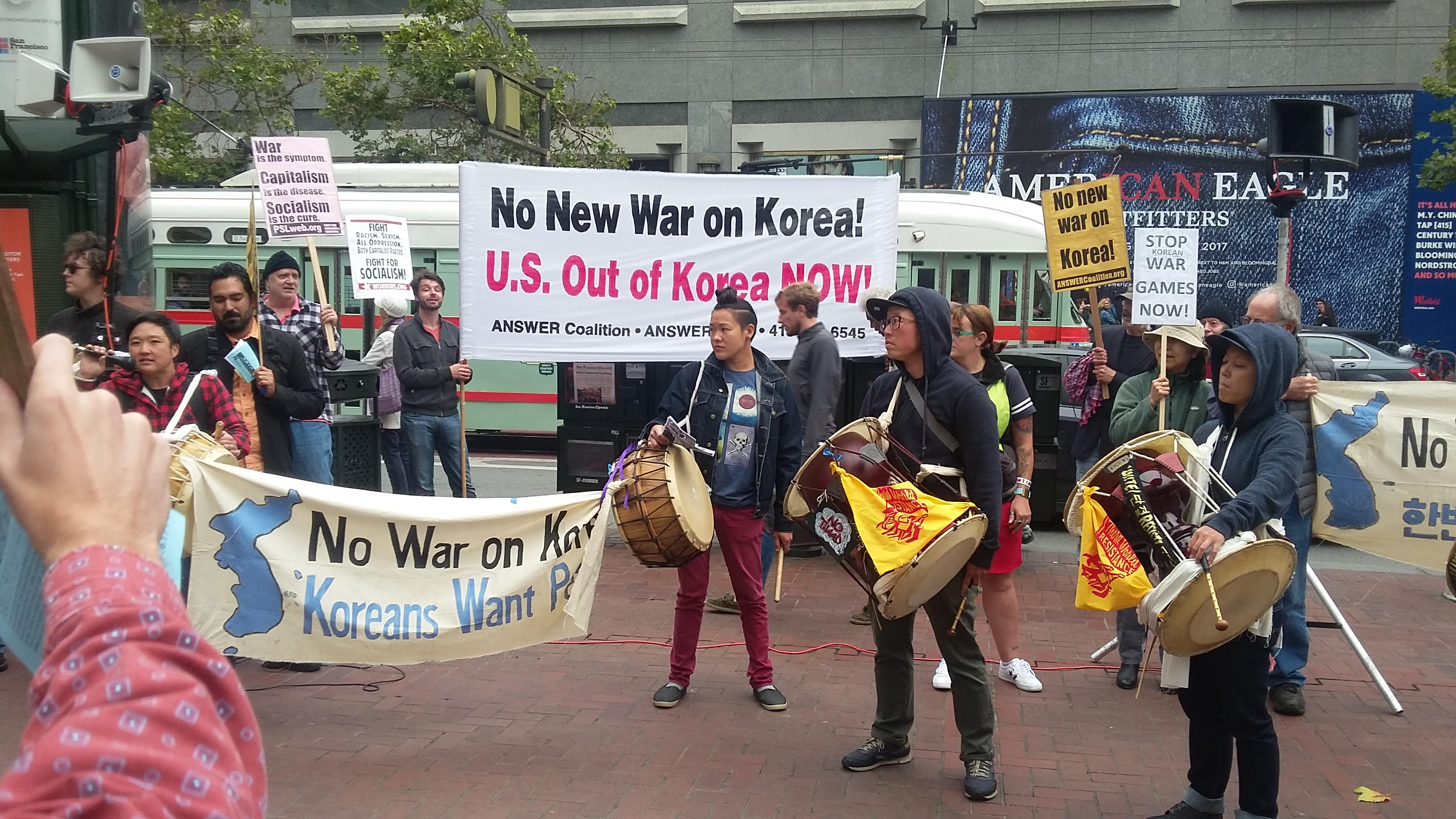 People from around the Bay Area gathered at Powell and Market St. in San Francisco on Aug. 15 to demand an end to the U.S. threats against the Democratic People’s Republic of Korea. Some had families in North and South Korea; some were military veterans; all called on the United States to stand down from its path of aggression, and to lift the criminal sanctions. North Korea remains the most demonized country in the U.S. mainstream media, yet in the wake of the white supremacist attacks in Charlottesville many were receptive to learning the hidden truth about the DPRK.

Speakers ranged from Korean activists, veterans, and organizers, all of whom were agitating against Trump’s dangerous war rhetoric calling for “fire and fury” against the socialist nation.

Christine Hong, associate professor at the UC Santa Cruz and representative of the National Campaign to End the Korean War, said, “The Korean War doesn’t weigh on the American conscience the way Vietnam or Iraq do, but it should.” The current terrible crisis with North Korea is intimately tied to the destructive, asymmetrical war the U.S. waged more than 60 years ago. Hong explained: “An estimated 4 million Koreans were killed [in the Korean War], 70 percent of whom were civilians. More than 30 percent of North Korea’s entire population was lost in the carnage.”

Read the rest of the article from Liberation News