On July 11, 2015 Donald Trump visited Los Angeles to give a campaign speech at the Luxe Hotel. In response to his recent speech generalizing undocumented immigrants as being criminals and rapists, CHRILA organized a protest outside of the hotel. (from Liberation News) 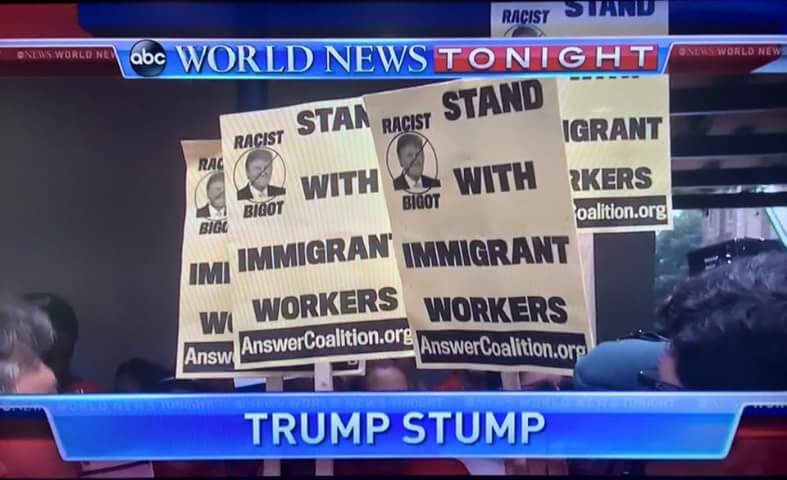 Coverage of the action in Washington, D.C.