Reports: Refugees are welcome, bigots are not

Demonstrators in many cities are standing up to right wing politicians and commentators who spread hysteria and racism. The following reports, compiled from Liberation News, detail just some of the actions. 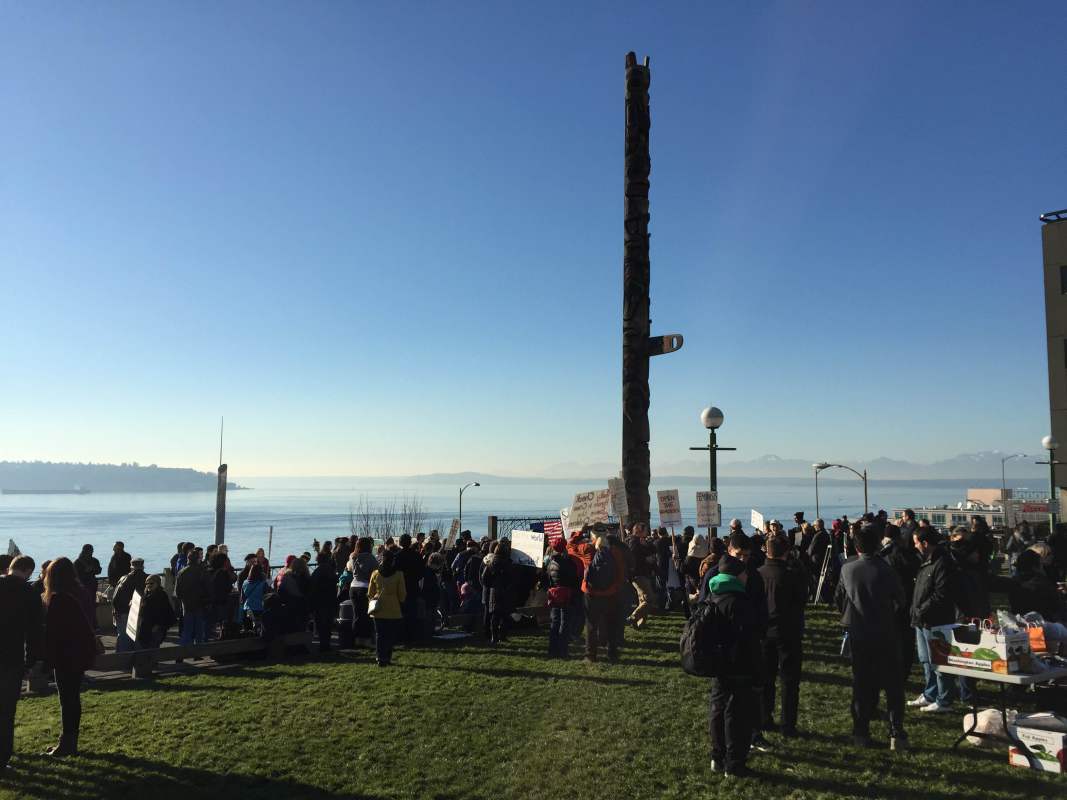 Seattle says NO to racism & Islamophobia, YES to refugees

On November 28, over 100 people gathered near the historic Pike Place Market in downtown Seattle to stand in solidarity with all refugees. Most speakers were themselves the child or partner of immigrants and refugees. Those in attendance held signs saying, “Everyone has a right to a dignified life”, “Borders aren’t real, people are”, and “No one is illegal” among others.

Although Governor Jay Inslee of Washington state has reaffirmed his willingness to accept Syrian refugees, racist and Islamophobic rhetoric still abounds – even in what many consider to be Washington’s most progressive city. 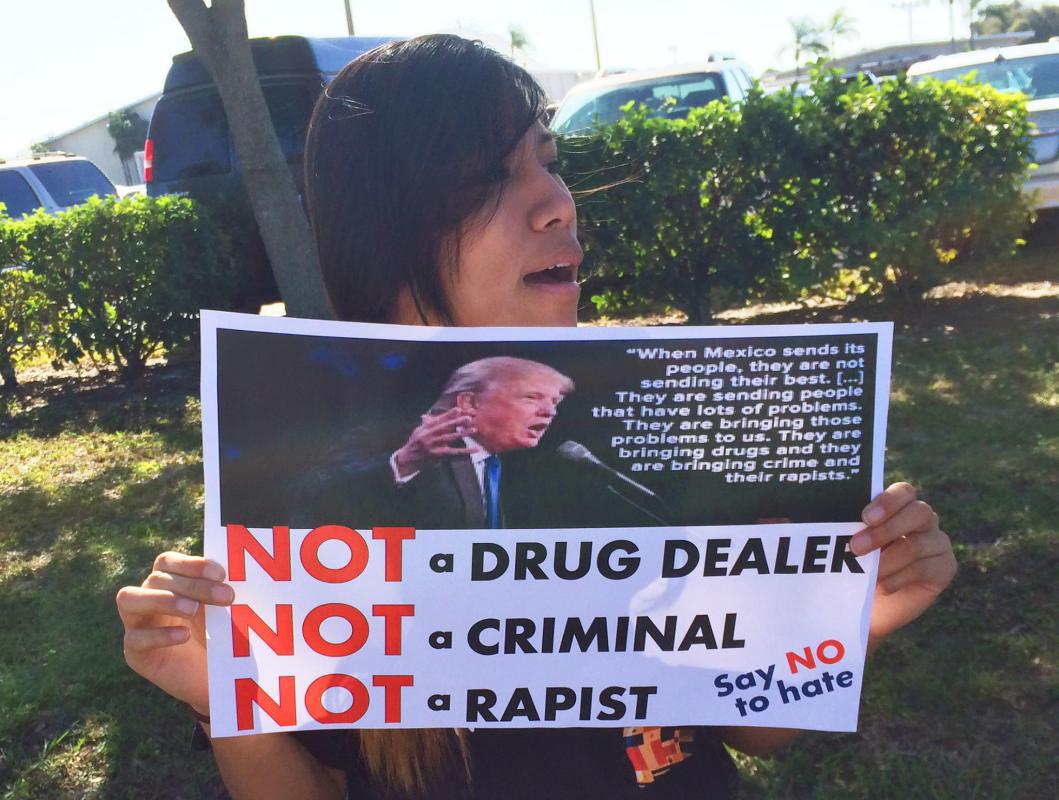 On November 28, over 150 people rallied against Republican presidential candidate Donald Trump at Robarts Arena and Sarasota County Fairgrounds. The rally focused on support for refugees and immigrants, as well as other marginalized communities, in the face of racist and bigoted attacks. The rally, called by the ANSWER Coalition and UNO: United Nations, was one of the largest the small, conservative city of Sarasota has seen in recent years.

Activists arrived early in the morning with signs reading “Los derechos inmigrantes y refugiados son derechos humanos,” or in English, “Immigrant and refugee rights are human rights!” By noon, people of all ages and from around the Suncoast were chanting in a powerful group stretching along Fruitville road. 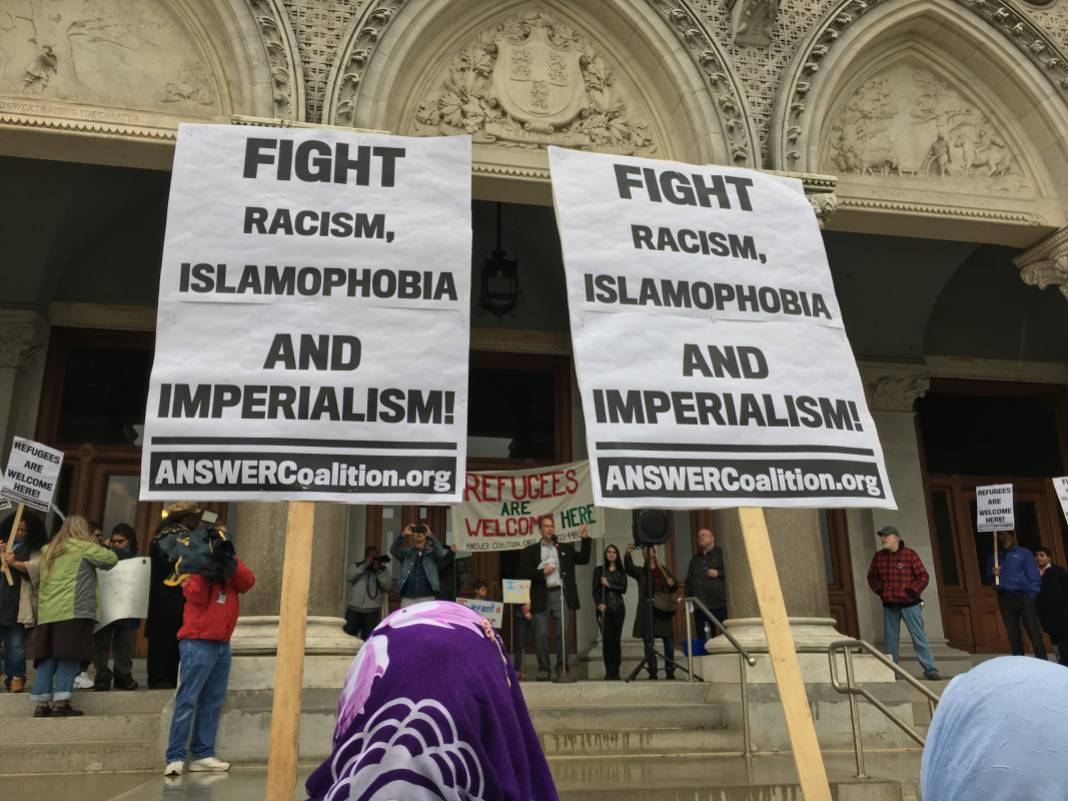 On November 28, over 400 people rallied at the Connecticut State Capitol to proclaim “Refugees are welcome here!” Though the state of Connecticut and Governor Malloy had already announced that the state would accept refugees fleeing ISIS terror from Syria, word spread around the state that a “Say no to refugees” rally was being planned. The pro-refugee rally was initially called as a counter-demonstration, but the 400 people there far overshadowed the 18 racist anti-refugee protesters on the other side.