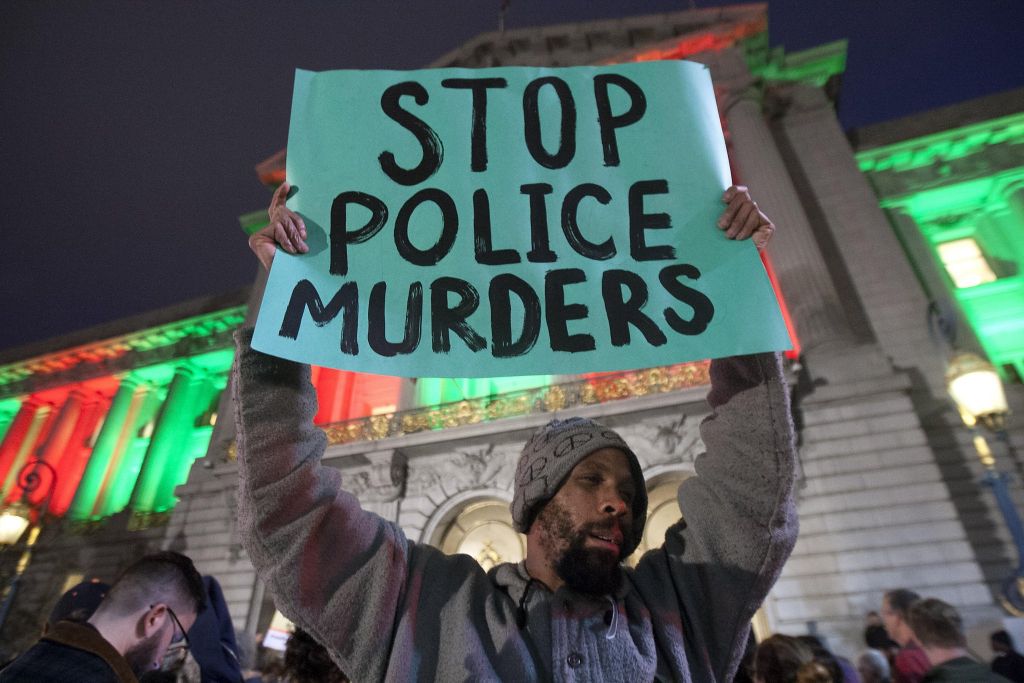 Rally for Justice for ALL Victims of Racist Police Brutality

As racist presidential candidate Donald Trump emboldens white supremacist groups to openly organize and lash out against the most oppressed sectors of society, the police in the United States continue to terrorize and murder Black, Brown, Native, immigrant, and poor and working people who are targeted by the same racist hate groups with impunity.

These acts of racist police terror continue largely unchallenged by the so-called “justice system.” The rebellions in Ferguson and Baltimore along with the mass mobilizations in Chicago have forced concessions from those in power to remove police chiefs and prosecutors and make department-wide reforms, proving the struggle to be the determining factor in the outcome of these cases.

In New York, the struggle for justice for Akai Gurley who was murdered by NYPD has reached a critical point where killer cop Peter Liang is facing potential jail time. While some reactionaries have mobilized to prevent this conviction, we demand that all killer cops must be held accountable for their crimes.

With the recent sham civil trial surrounding the murder of Alex Nieto in San Francisco that reinforced the right of officers to kill with impunity, it’s time to stand up and fight back against the militarized gangs of police that criminalize and terrorize people like Akai Gurley, Alex Nieto, Mario Woods, Amilcar Perez-Lopez and every other person stolen from our communities.

Join the ANSWER Coalition on Friday, April 1 for a rally to demand “From Akai Gurley to Mario Woods, justice for all victims of racist police brutality!”