In recent days the Trump administration has escalated its racist war on immigrants to new heights. With the revocation of Temporary Protected Status for Salvadorans, the raids on 7-11 stores across the country, and the detention of Ravi Ragbir -- a prominent New York City immigrant rights leader and Executive Director of the New Sanctuary Coalition -- the government has made clear its intention to keep up the campaign of terror that has been waged on immigrant communities for many years. But the people can fight back and win! Below are updates and an action alert from several fronts of this struggle. 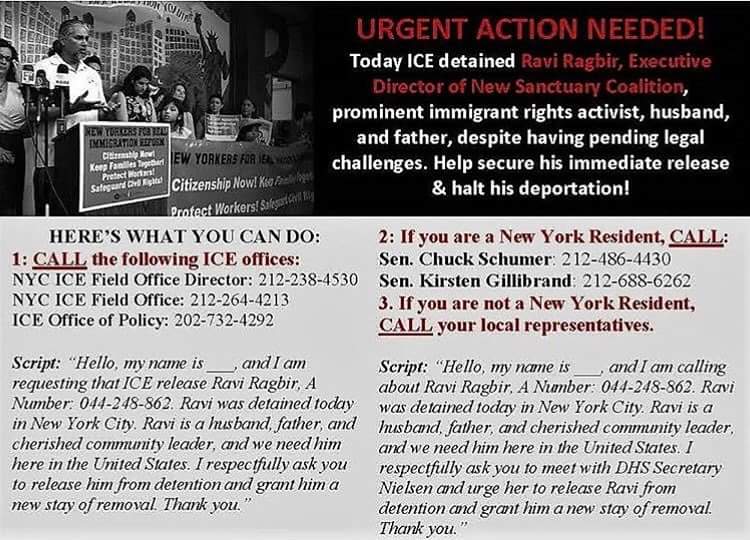 Continuing its attack on immigrants, the Trump administration on Jan. 8 cancelled the Temporary Protected Status for 200,000 Salvadorans who were allowed to stay in the United States since 2001, when two earthquakes shattered El Salvador that year.

The Salvadoran TPS designation was maintained until now by continued renewals during the Bush and Obama administrations, due to conditions of gang violence and poverty in El Salvador. It was ended by Trump’s Department of Homeland Security on Jan. 8. Trump revoked Haitian and Honduran TPS status in November, setting the stage for deeper crisis in those communities.

The Temporary Protected Status is a federal program that began in 1990, after intense mobilization by Central Americans and their supporters.

What the end of TPS means: a historical and personal perspective