RT interview: epidemic of police violence in US 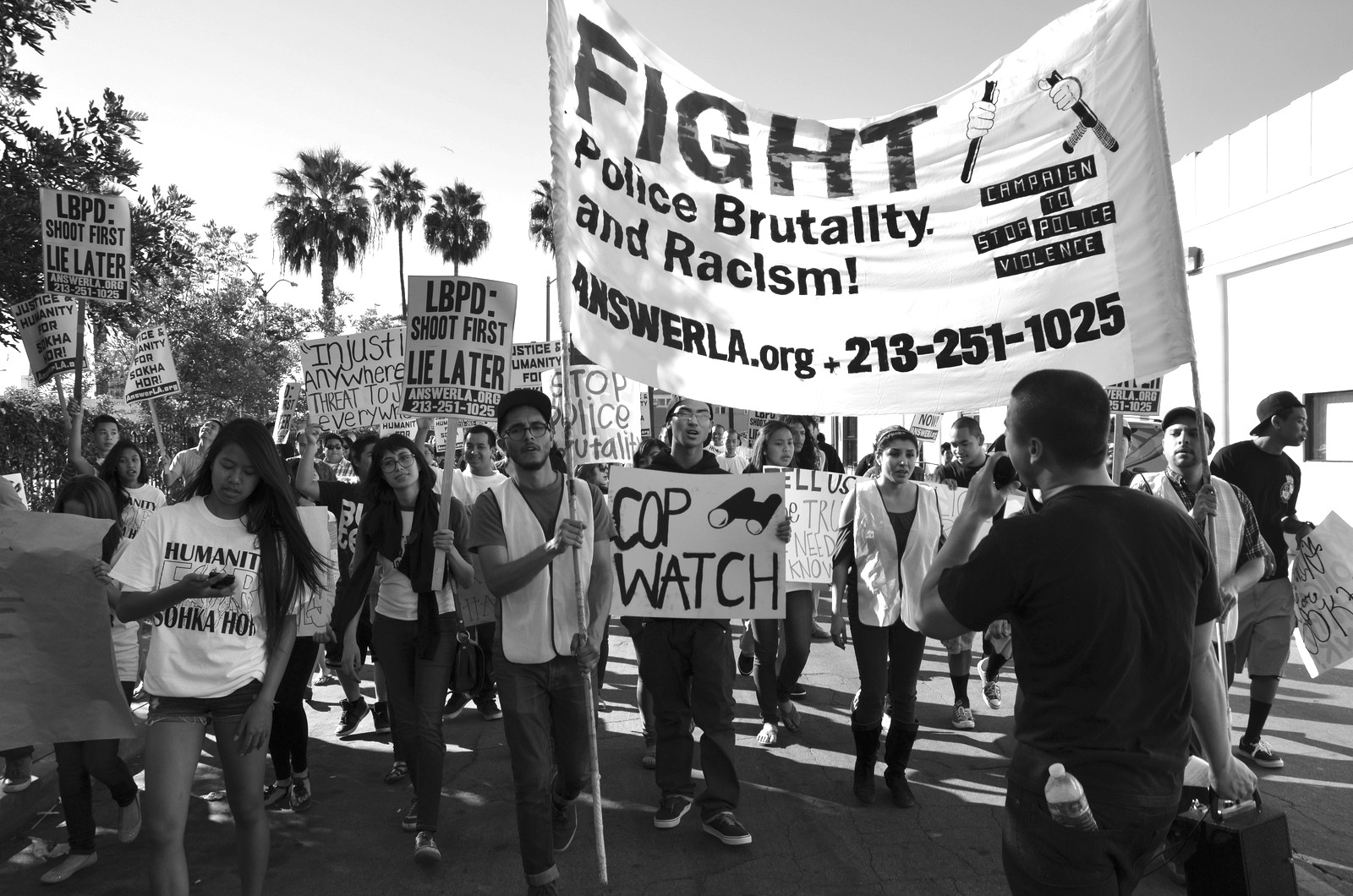 On Sunday, Tamir Rice, a 12-year-old Black boy who was shot in the stomach by the police while playing with a toy gun, died in a Cleveland hospital. RT conducted the interview below with ANSWER Coalition National Coordinator Brian Becker.

RT: This is just the latest in a series of fatal police shootings of black civilians. What do you think is behind this trend?

Brian Becker: We have an epidemic of police murders inside the black community. FBI and Justice Department don’t require local police departments - shockingly - to keep track of how many people they shoot or the race or ethnicity of those who are killed. But independent sources have started to do that. And the numbers are that black men, young black males usually, are killed approximately every 28 hours in the United States. Every 28 hours the police kill a black person, usually a black male in the United States. We see in the United States an epidemic of police violence against the black community. The police are functioning as judge, jury and executioner of the black community. And for black people, the 40 million plus black community in America, mostly living in urban areas, people feel that they are living in the police state and that’s what’s going on. This is the kind of racist terror that was emblematic of the Deep South, but as Malcolm X once said “the south begins just south of the Canadian border.” The police departments in this country are carrying out police violence without accountability and that’s why it keeps happening over and over again. None of the cops go to jail.

RT: The gun the boy was carrying did look real. If the police thought there was a threat, how should they have reacted?

BB: First of all we don’t know if that’s true. This is the police narrative. The police in each and every instance when they kill unarmed black people in America whether it’s Michael Brown, or Tamir Rice, the 12-year-old, or Andy Lopez, the 13-year-old who was murdered in California or Eric Gurner who was strangled to death in the streets of New York or John Crawford who was shot to death in an Ohio Wal-Mart after he bought a BB gun there. The police are always providing narratives, so we shouldn’t necessarily believe the police narratives - usually they are based on lies, because it’s self-serving narratives. But furthermore this young kid was not actually a threat to the police. They always say “well, he was reaching for something.” The day before in Brooklyn, New York a black man came out of his elevator into the stairwell and he was shot dead with his girlfriend. Because his girlfriend was there to tell the truth, the police can’t get away with saying: “well, he had weapon or he was threatening or menacing.” But this is what they do, the narrative is usually false, it’s self-serving.I don’t think we should believe it.

RT: The shooting of Michael Brown in Ferguson in August caused months of public unrest. Are we likely to see the same thing happening in Cleveland?

BB: Yes, of course. There are demonstrations right now. There are demonstrations in Brooklyn right now because of the killing of Akai Gurley two nights ago, when he was shot dead. There’s going to be demonstrations in Cleveland because of the killing of Tamir Rice. There are killings every day; they haven’t subsided in Ferguson and around the country after the cold-blooded murder of unarmed black teenager Michael Brown by Officer Darren Wilson. You know what is shocking about these two, is that US media, CNN, ABC, CBS, they are going around interviewing the killer-cops to try to get exclusive interviews. We just learn that now that Michael Brown’s killer Darren Wilson has been quietly interviewed by all the media in order to get exclusive interview. That means they can’t be objective – they are trying to please the killer-cops who do the shootings. So we have the situation that’s really out of control in the black community when it comes to the police violence here in the United States.

RT: Ferguson now is awaiting the Grand Jury ruling on that case. Do you expect a fair trial?

BB: There are no police in the United States who are in jail right now for killing black people, even though as I said, a black man is killed by the police approximately every 28 hours in the United States. So there is no reason the black community has confidence in the judicial system. In the Answer Coalition we certainly do not, but we know that the power of the people, the pressure of the people is at least bringing the issue up. Whether the courts respond historically - they have not.