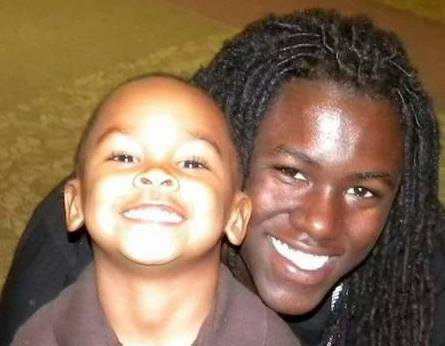 Sarasota - Justice for Rodney Mitchell! BBQ and Rally in Newtown

On Saturday, June 11, we'll hold a rally and BBQ to honor the life of Rodney Mitchell. We'll discuss ways to end police violence and harassment in Newtown and rally for justice in the pending lawsuit against Sarasota County Sheriff's Office.

June 11 will mark the fourth anniversary of Rodney Mitchell’s murder at the hands of Sarasota Sheriffs. The Rodney Mitchell case has become well-known in Sarasota and Manatee counties due to the clear nature of its racism and police brutality, as well as the determined campaign for justice led by Rodney’s mother, Natasha Clemons.

Almost everyone who talks about Rodney mentions his bright smile and warm personality. His kind-hearted, outgoing nature made people gravitatetowards him.

Rodney's love for people and children showed through his work in the community. A special passion of his was caring for children and people with disabilities. He wanted to become a teacher and give back to his community, earning his Bachelor’s Degree in Education at Eastern New Mexico State University (ENMU).

On the night of June 11, 2012, 23-year-old Rodney and his younger cousin were driving on U.S. 301 near MLK Jr. Way when Sarasota Deputy Adam Shaw pulled them over for an alleged seat belt violation. When Shaw observed that Rodney had his seat belt on, instead of letting him go, he began to aggressively question him. Another deputy, Sergeant Troy Sasse, also arrived on the scene, further escalating the illegal stop.

Even though Rodney was unarmed and hadn’t violated any laws, both deputies drew their guns and pointed them at the two young men. After a brief exchange with Rodney, Troy and Sasse each fired two rounds into the Jeep, killing him instantly.

Shaw and Sasse claimed that Rodney attempted to hit them with the SUV. However, the testimony of Rodney's cousin and a second witness, as well as an independent crime scene investigation, proves that the deputies were lying. Rodney did nothing wrong.

The self-investigation by the Sheriff’s Department that followed left out key evidence, such as the testimony of the second witness. Based on this investigation, Earl Moreland, then District Attorney for the 12th Judicial Circuit, refused to prosecute the deputies. Like local prosecutors around the country, Moreland had formed close relationships with local law enforcement after working with them for decades.

The BBQ will be FREE but please consider bringing a small donation for The Rodney Mitchell Foundation.

We'll be joined by the Bay Area Dream Defenders, an important voice in the struggle for racial justice. Dream Defenders formed in response to the killing of Trayvon Martin, gaining national prominence during their occupation of the Florida State Capitol in 2013. We'll also hear from respected local leaders and activists on the struggle for racial justice. There will be food, music, and a rally to commemorate Rodney's life.