Sat., April 13: U.S. drones out of Africa, the Middle East, Asia and everywhere!

Be part of the action on Saturday, April 13 at the White House

U.S. drones out of Africa, the Middle East, Asia and everywhere! 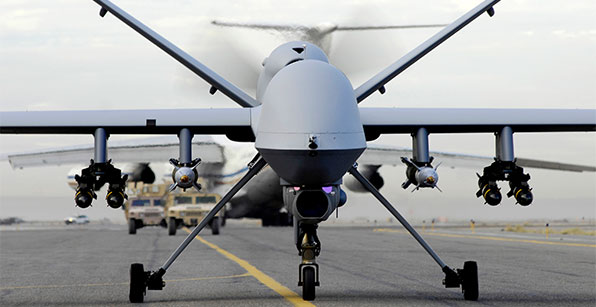 National and local organizations are coming together for a major protest on April 13 at the White House to Say NO to U.S. Drone attacks in Africa, the Middle East, Asia and everywhere.

The Coalition sponsoring the demonstration is growing rapidly as new organizations join the effort.

Add your name or the name of your organization to the endorser's list now.

Join the rising tide of support for the April 13 demonstration and start mobilizing from your area to be at the White House on as we take our message straight to the war makers!

Buses, vans and car caravans will be coming from New York City, Philadelphia, Baltimore and other cities.

If you can’t come to Washington, D.C., but want to help subsidize a bus seat or transportation for a student or low-income individual, you can make a tax deductible donation.

As U.S. forces have begun to deploy to Niger to expand the deadly drone warfare program, now more than ever the importance of the April 13 demonstration is becoming clear. 100 armed U.S. troops are heading to Niger to set up a drone base aimed at assisting the French-led intervention in that country. This is on top of the 4,000 troops currently training in various war-fighting tactics to serve as a fast-response and “training” force for Africom. On every level and in a number of countries, the United States is expanding its drone program and deepening its military presence on the African continent.

On April 13 at the White House a growing coalition of groups and individuals will be coming together to say NO to this expansion of imperialist military power with drones at the tip of the spear. Endless war and hostility to the peoples of Africa and around the world is a policy that is totally contrary to the interests of the broad mass of American people. On the eve of the massive budget cuts of the so-called sequester, and despite all the hype about “Pentagon cuts,” the machine of war still rolls on in the African continent and across the world, as working and poor people in America will be made to suffer more hardship.

The message from the Obama administration, Congress, the Pentagon and the entire elite establishment is more war, less for people’s needs, here and across the globe. Add your name to the growing list of endorsers. Organize from your cities and towns to be in Washington, D.C., on April 13 to demand U.S. Imperialist Drones Out of Africa and Everywhere!

Please help us cover the many costs of the April 13 mobilization by making an urgently needed donation right now.