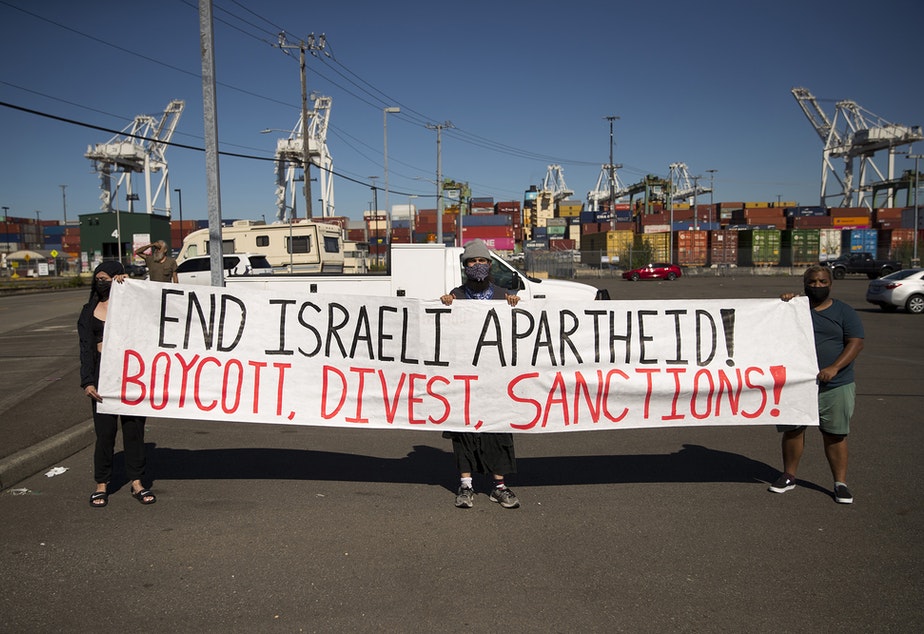 As part of the global movement to Boycott, Divest and Sanction Apartheid Israel, the Block the Boat movement has emerged to engage in peaceful direct action to stop the unloading of Israeli ships and cargo. A recent Block the Boat campaign in the San Francisco Bay Area led to the ship leaving port without having been unloaded. At the Port of Seattle, Falastiniyat, a Palestinian feminist collective, has led the struggle to block the unloading of ZIM San Diego, starting with a mass picket at 6 am on June 13. No longshoremen crossed the community picket. Only a violent police attack was able to force the unloading of the boat some five days later.

After June 13, the ZIM San Diego sat at the dock and no crews were called to work the ship until June 17. Another peaceful picket was called for the afternoon of June 17, but this time, the Seattle Police Department came out in full force to crush it. Protesters arrived in the Port at about 4:00 PM, and began picketing in the intersection, chanting pro-Palestine slogans. Several trucks approached, but when they saw the picket, they turned around.

At around 5:00 pm, the SPD arrived at the picket line. The police repeatedly threatened protesters with arrest for an illegal gathering, while organizers countered explaining why the protest was completely lawful. Around 6:30 pm, police attacked with bikes, hitting several protesters and knocking them over. A total of 11 people were arrested and released.

The struggle to block ZIM San Diego has had a great impact on the larger BDS movement in the Seattle area. As the Israeli Consulate in San Francisco put pressure on the Port of Seattle Commissioners and other elected officials, a number of officials signed a letter in support of the right of free speech for Block the Boat protesters. On June 15, the Seattle Education Association passed a resolution endorsing BDS and demanding an end to collaboration between the Seattle Police Department and Israeli military.