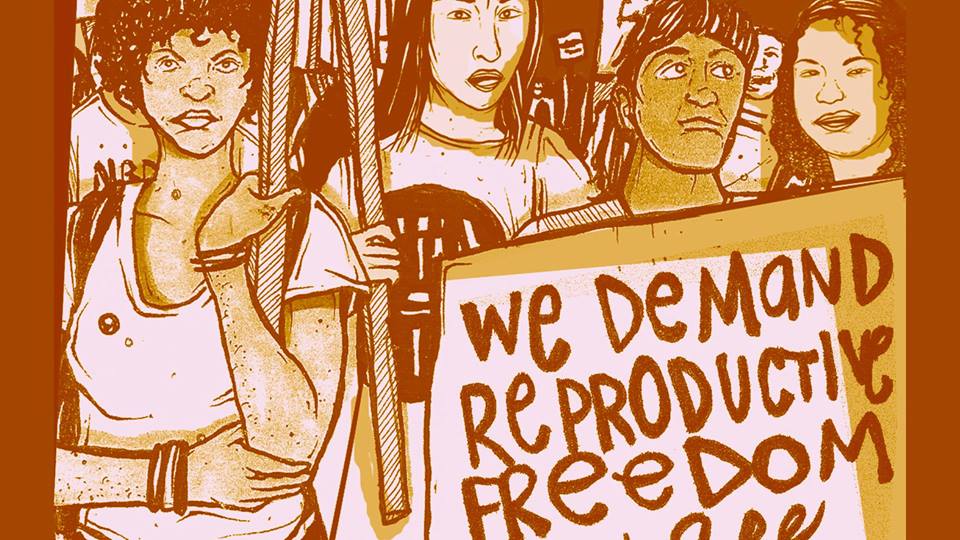 Join feminists and other activists in celebrating the Supreme Court decision that legalized abortion in the United States. Show your determination to protect this and other reproductive rights. Rally outside the Catholic Archdiocese of Seattle, then march to Town Hall to support a Planned Parenthood/Shout Your Abortion event taking place there. The action will highlight the Catholic Church’s role in undermining women’s health and call for a united, multi-issue fight for the entire spectrum of reproductive care from birth control and abortion to affordable childcare and ending forced sterilization.

Rally at 5:30pm
Outside the Catholic Archdiocese of Seattle, 710 9th Ave. Seattle

How you can help:
• Attend the sign-making party on Thursday, January 21, 7pm at New Freeway Hall, 5018 Rainier Ave. S., Seattle. Light dinner will be served for $7.50 at 6:30pm to defray costs of organizing the action.
• Add your organization’s endorsement of the action
• Commit to attending and bringing people to the rally and march
• “Like”, share and follow the coalition Facebook page and the event page for the Speak Out and March
• Donate to the costs of the rally by clicking here. Add a note that the donation is for the Jan. 22 action.
• Join the Seattle Reproductive Justice Coalition. We are bringing together diverse groups and committed individuals for grassroots organizing around the life and death issues of reproductive justice including access to abortion, birth control, sex education, social services, and affordable childcare; overcoming poverty and racism; ending forced sterilization and eugenics; defending LGBTQI parents; and opposing terrorist attacks on clinics.

Helen Gilbert
Donate to the Movement Volunteer - Get Involved Today