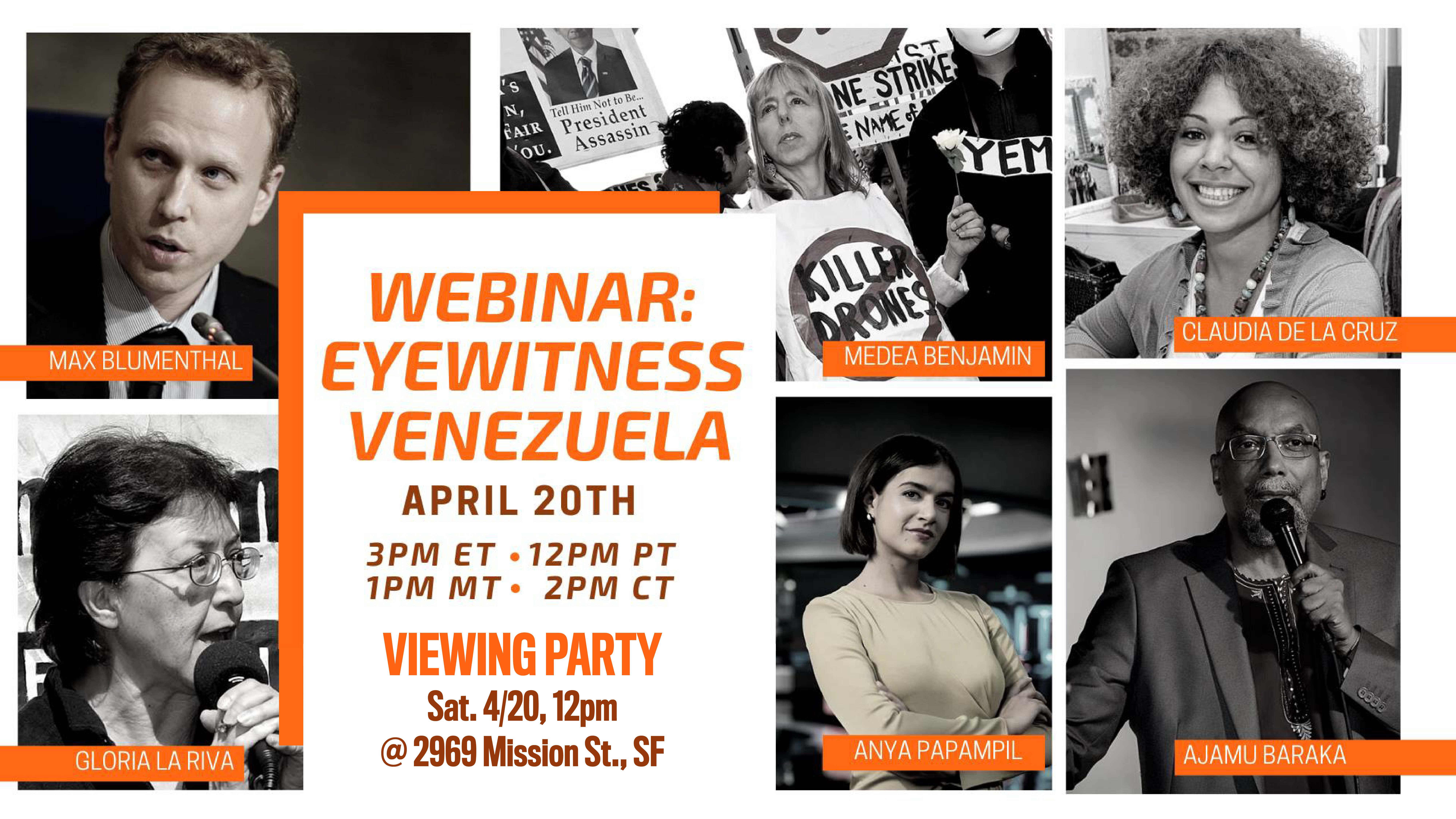 April 20th Day of Action: Hands Off Venezuela! No Coup, No Sanctions, No War! No to Media Lies About Venezuela!

This day of action was initiated by the Alliance for Global Justice and is endorsed by dozens of organizations including the ANSWER Coalition.

The livestream will be nationally broadcast from the former Venezuelan Embassy building in Washington, D.C., on the Facebook page of the ANSWER Coalition. The panel presentation will feature prominent anti-war and peace activists, and progressive journalists based in the United States who have just returned from Venezuela or have firsthand knowledge. They will discuss the reality of the situation in Venezuela, taking on the myths portrayed in the corporate media, what lies behind the U.S. war drive and how we can stop it.

Organize a forum or watch party and tune into the livestream! Contact ANSWER to have your event listed on the website.

For the past several months Venezuela has resisted the immense pressure by the Pentagon and United States government led by Donald Trump. On January 23, 2019, Juan Guaidó proclaimed himself the indefinite “interim president” of Venezuela at the behest of United States Vice President Mike Pence. The U.S. government has illegally threatened Venezuela with outright invasion, funded right-wing paramilitaries, imposed sanctions and seized much of Venezuela’s wealth. The people of Venezuela are suffering a prolonged electricity blackout by U.S.-led sabotage, as Washington seeks to destabilize the country for regime change.

Countering the Pentagon’s narrative in the U.S. media is the focus of this livestream by anti-war and peace activists, and progressive journalists. Anti-war U.S. activists have been mobilizing and holding protests, marches, direct actions and forums to stop the U.S. war drive against Venezuela.

Organize a watch party of your own, tune in, and if you can, please donate to support the anti-war efforts now.