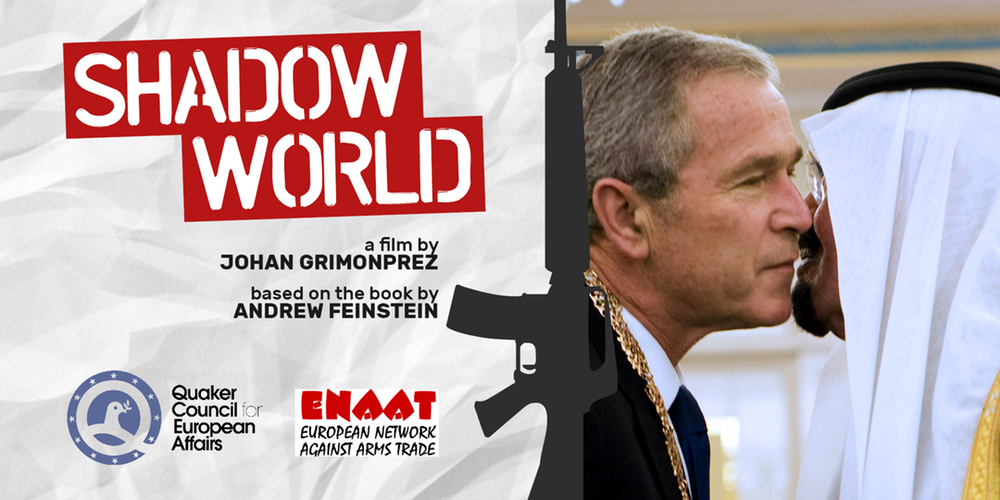 The United States spends more on its military than the next 10 countries combined, and is the world's largest exporter of weapons of mass devastation. This theft of public wealth is only increasing. Earlier this year, Trump signed an arms agreement with Saudi Arabia totaling $110 billion, amidst calls to "rebuild" the already-behemoth military.

Stock prices of weapons manufacturers have since soared. These merchants of death are not only part of the government, but hold themselves above the law. Elected officials become mere salesmen for bombs, while poverty rises at ever-increasing rates around the world.

Join us for a screening of the documentary Shadow World, directed by Johan Grimonprez that reveals the inner workings behind the global arms trade. (2016, 1h 34m) A decade of research went into the book "The Shadow World" by Andrew Feinstein, which this film is based on.

$10-15 donation. All funds support the People’s Congress of Resistance.
Wheelchair accessible. Refreshments provided. No one turned away for lack of funds.

Make a much-needed donation today to support low-income activists participating in the People’s Congress of Resistance, of which the ANSWER Coalition is a convener.