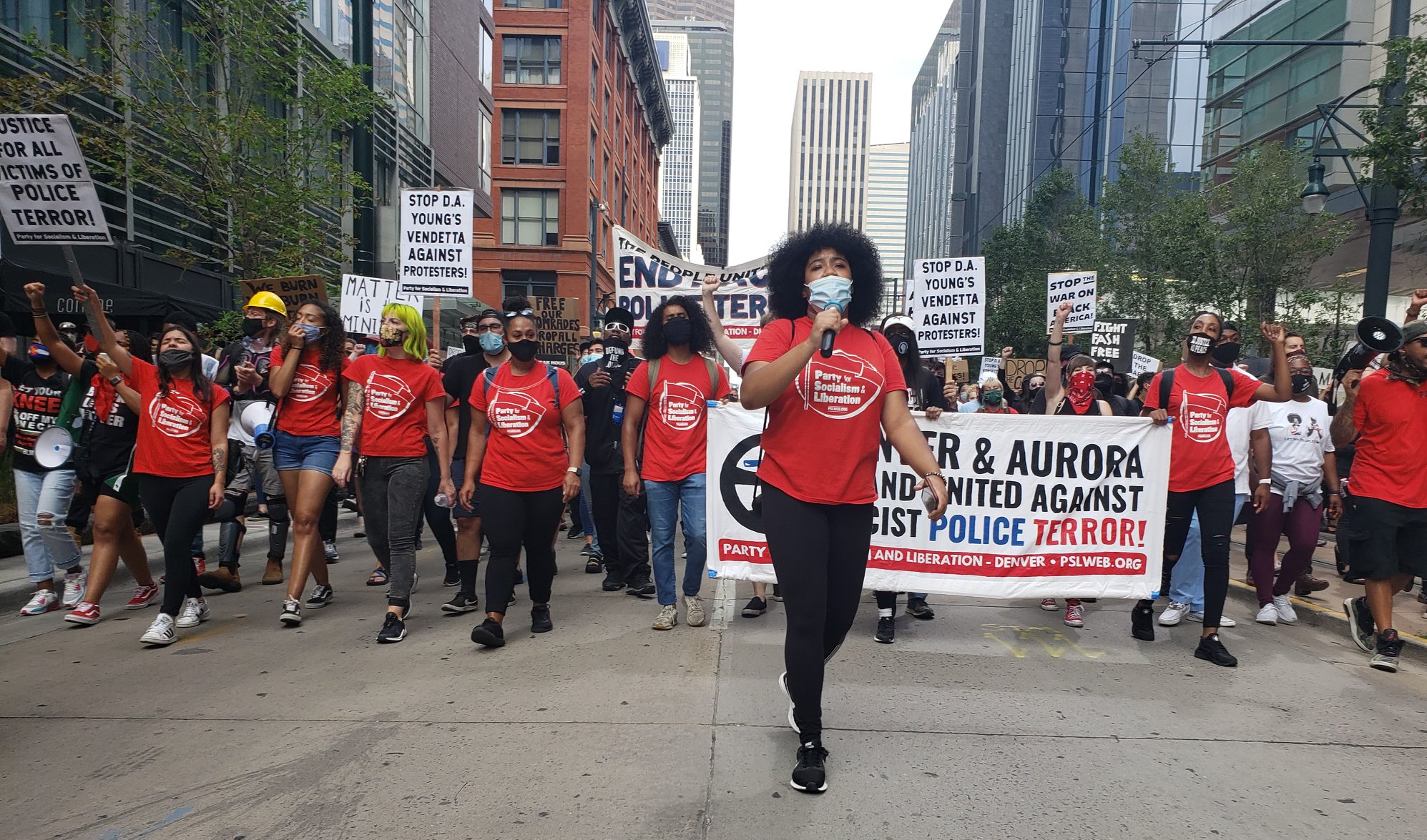 The ANSWER Coalition is organizing support and defense of anti-racist organizers who have been arrested on frame-up charges in Denver.

Police agencies in the Denver area on September 17 arrested anti-racist organizers in a coordinated assault. The police made the arrests in a way to intimidate and terrorize people. People were arrested in a Home Depot parking lot, at their homes, and after they were pulled over while driving. Among those arrested were the leaders of large-scale peaceful protests that have gone on for months demanding justice for Elijah McClain. They are facing multiple felony charges and years in prison in an obvious frame-up aimed at stopping the movement for justice for Elijah McClain.

What happened on September 17

Law enforcement units arrested several lead organizers of the mass anti-racist protest movement that has been on the streets demanding justice for Elijah McClain and other victims of police brutality. That morning, Russell Ruch was arrested while in a parking lot at a Home Depot. An hour later, five police cars surrounded and arrested Lillian House while she was driving. S.W.A.T. teams arrived at Joel Northam’s home and arrested him. Eliza Lucero, another committed organizer in the Elijah McClain struggle, was arrested in this operation. Those four are members of the Party for Socialism and Liberation. Terrance Roberts of the Frontline Party for Revolutionary Action was also arrested. Multiple other people have also been arrested in the recent period in Colorado Springs, Denver, and throughout the state.

The movement for justice in the Denver area has in the streets constantly since the brutal murder of George Floyd and the release of the footage of the Aurora PD’s murder of 23-year-old Elijah McClain. These organizers have worked closely with other activists and family members of local police brutality victims to amplify their cases. They have committed no crimes, but only devoted themselves to the struggle for justice! That is why they have been targeted and rounded up today.

District Attorney Dave Young, whose office indicted the anti-racist organizers, is the very same person who this protest movement has been demanding press charges against the police officers who murdered Elijah McClain. This is an obvious act of political retaliation -- Young is abusing the power of his office to take revenge on his opponents.

This attack on the Denver anti-racist movement and the PSL is part of a concerted national assault on the Black Lives Matter movement, an attack driven directly from the White House, from Governor’s mansions, mayors and from local police chiefs and police departments around the country.