The following message is from the National Campaign to End the Korean War and Solidarity for Democracy and Peace in Korea. The ANSWER Coalition urges our supporters to sign and circulate the petition. 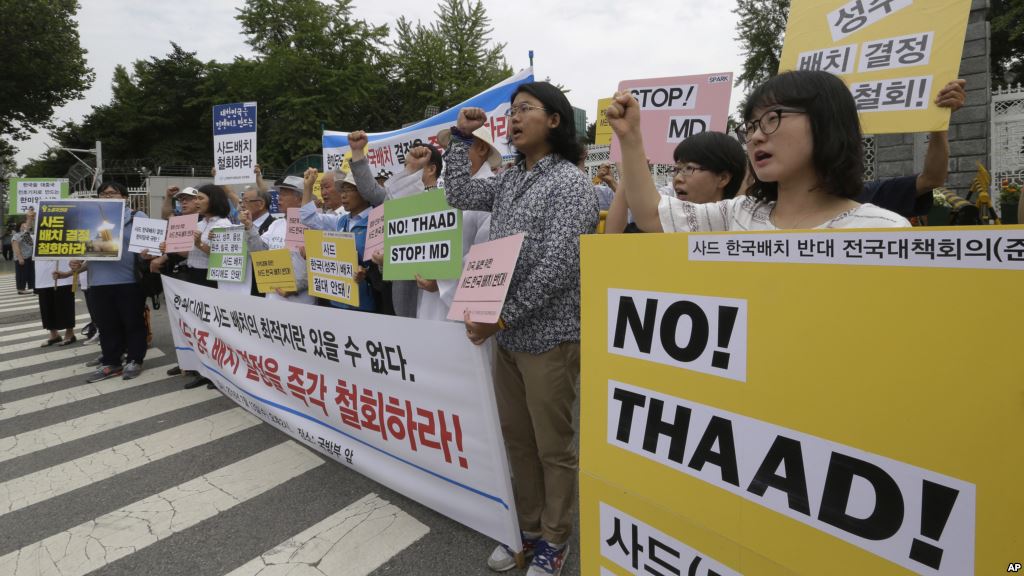 On July 7, 2016, the U.S. and South Korean governments announced their decision to deploy the controversial Terminal High Altitude Area Defense missile system in South Korea. The cost of the system is estimated at $1.3 billion, and the average annual operating and sustainment costs amount to $200 million. This will inevitably come out of the pockets of U.S. and South Korean taxpayers.

Residents of Seongju, North Gyeongsang Province, where the THAAD battery is to be stationed, are fighting to oppose THAAD deployment and are demanding the two governments rescind their decision. The small agricultural county of Seongju with a population of 45,000 is mostly home to small farmers, who are now on the front lines of this struggle against missile defense. Thousands gather every night at candlelight vigils; students have walked out of classes to join protests; villagers have staged a mock funeral procession for the ruling conservative party and chased away government representatives offering to "negotiate."

Ultimately, THAAD deployment is not in the interest of the people of the United States either. In solidarity with the people of South Korea, who oppose THAAD, please take a minute to sign the petition and forward this request to your friends and networks.

For more information on the issue:

Sincerely,
National Campaign to End the Korean War
Solidarity for Democracy and Peace in Korea