Sign the Petition: Drop All Charges Against Jeremy Marks 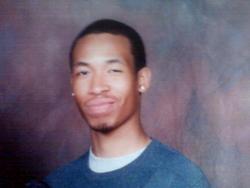 The ANSWER Coalition urges you to sign the petition, demanding “Drop all charges against Jeremy Marks.” Click here to sign. Below is background on the case.

Background on the case:

Jeremy Marks, an 18-year-old African American high school student, was arrested in May 2010 and charged with felony “attempted lynching” by Los Angeles District Attorney Steve Cooley. What did Jeremy allegedly do?

Jeremy quietly videotaped the incident. The L.A. District Attorney’s office claims Jeremy yelled something and that amounted to trying to “incite a riot during an attempt to free a suspect from police custody.” This charge is baseless, as other bystander videos of the incident show.

For taping the incident, Jeremy was thrown into adult jail and kept there to rot for nearly nine months. His bail was set at $155,000. Jeremy was only able to get out of jail in late December after his parents and supporters fought tooth-and-nail to get the word out and won support for the case.

Now, Jeremy is facing over seven years in prison—all for catching the police beating a student on camera.

It is an outrage that Jeremy is facing criminal charges whatsoever. The case has prolonged Jeremy’s education and had a tremendous impact on his family. Jeremy did nothing wrong. He is guilty of nothing. In fact, Jeremy was absolutely right for trying to guarantee accountability by recording the police.

Jeremy’s case is evidence of the institutional racism that infects the U.S. criminal “justice” system. It is trying to claim another young, African American victim. We cannot let this happen. Black and Latino youth are faced daily with police harassment, racial profiling and criminalization.

Prosecutors and police are also trying to "set an example" so that people will stop videotaping police brutality. But it is our constitutional right to hold police accountable for their actions.

The ANSWER Coalition fully supports Jeremy and demands that all charges be dropped immediately. We urge all organizations and individuals to sign the petition below to support Jeremy Marks. Pre-trial hearings in Jeremy's case began in February. More court dates are scheduled.

Your support will help pressure the D.A. to drop all charges Jeremy is facing. Take a stand for justice and against racism. Sign the petition below or click here to sign it.