The following statement from the ANSWER Coalition was delivered to the People’s Democracy Party in the Republic of Korea at their inauguration on November 5. 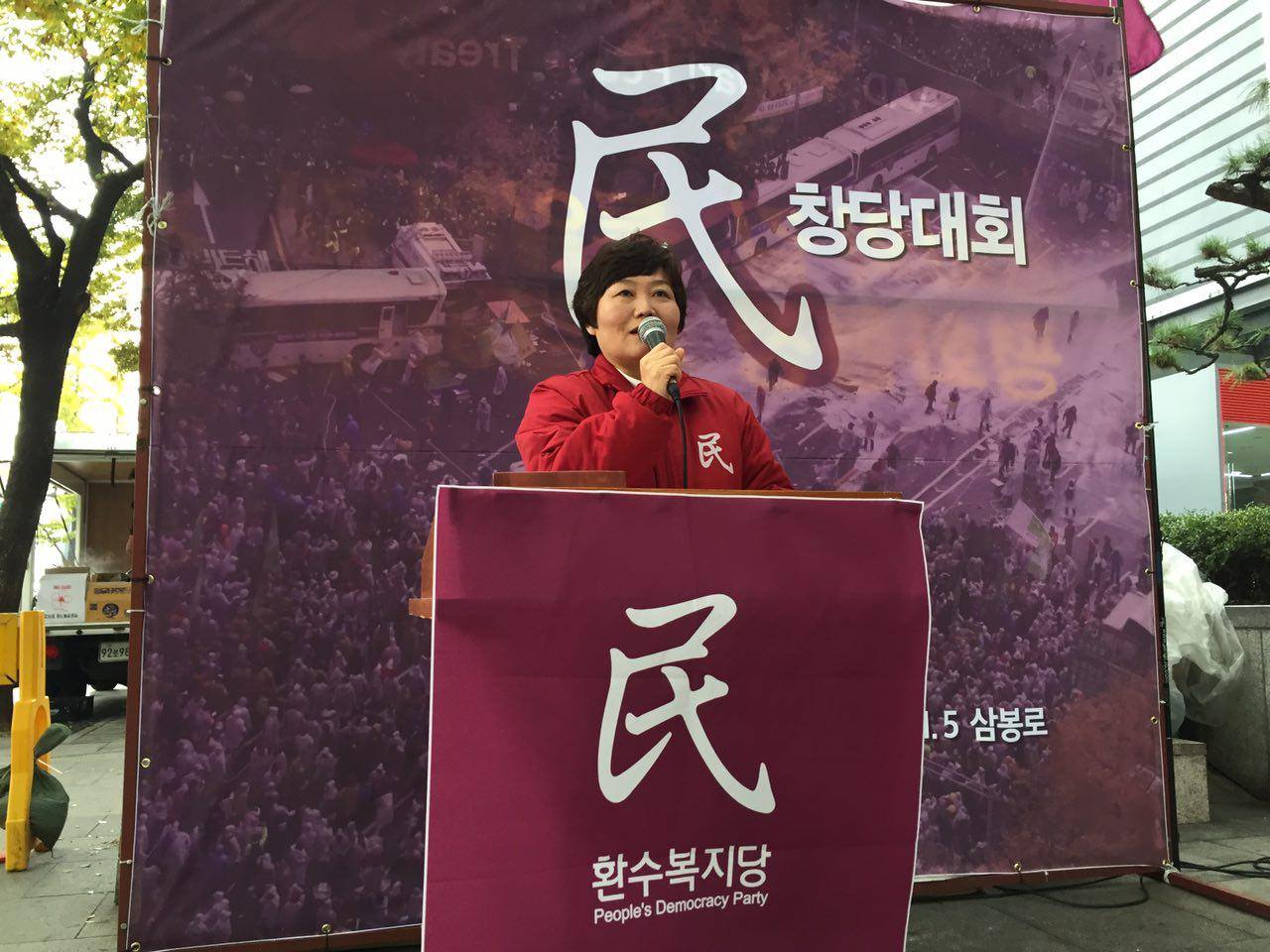 We extend our deepest solidarity to the leadership and membership of the People’s Democracy Party and congratulate you on this tremendous achievement. The creation of an open political party working for peace and reunification on the peninsula is a necessary development. We recognize that this development was not easy, and that you had to overcome both internal conflicts and, more importantly, severe political repression. The formation of the PDP is a brave and bold move, especially after the corrupt Park regime’s repression of the Unified Progressive Party.

The time for the PDP is now. The Park regime has been characterized by repression and corruption since before it began. With the international spotlight now on this corruption and with the increasing anger at her government, there is an important opening for a new political party, one that truly expresses the desire of the Corean people for peace, reunification, and true democracy.

We look forward to struggling for these goals alongside you and we wish you the best of luck in the struggle and in the upcoming elections. We in the United States will be doing everything we can here to end the U.S. war on Korea, to demand the U.S. sign a peace treaty with the DPRK, and to demand an immediate withdrawal of all U.S. troops from Korea. Free Yang Go-eun and Kim Hye-young! Victory to the People’s Democracy Party!