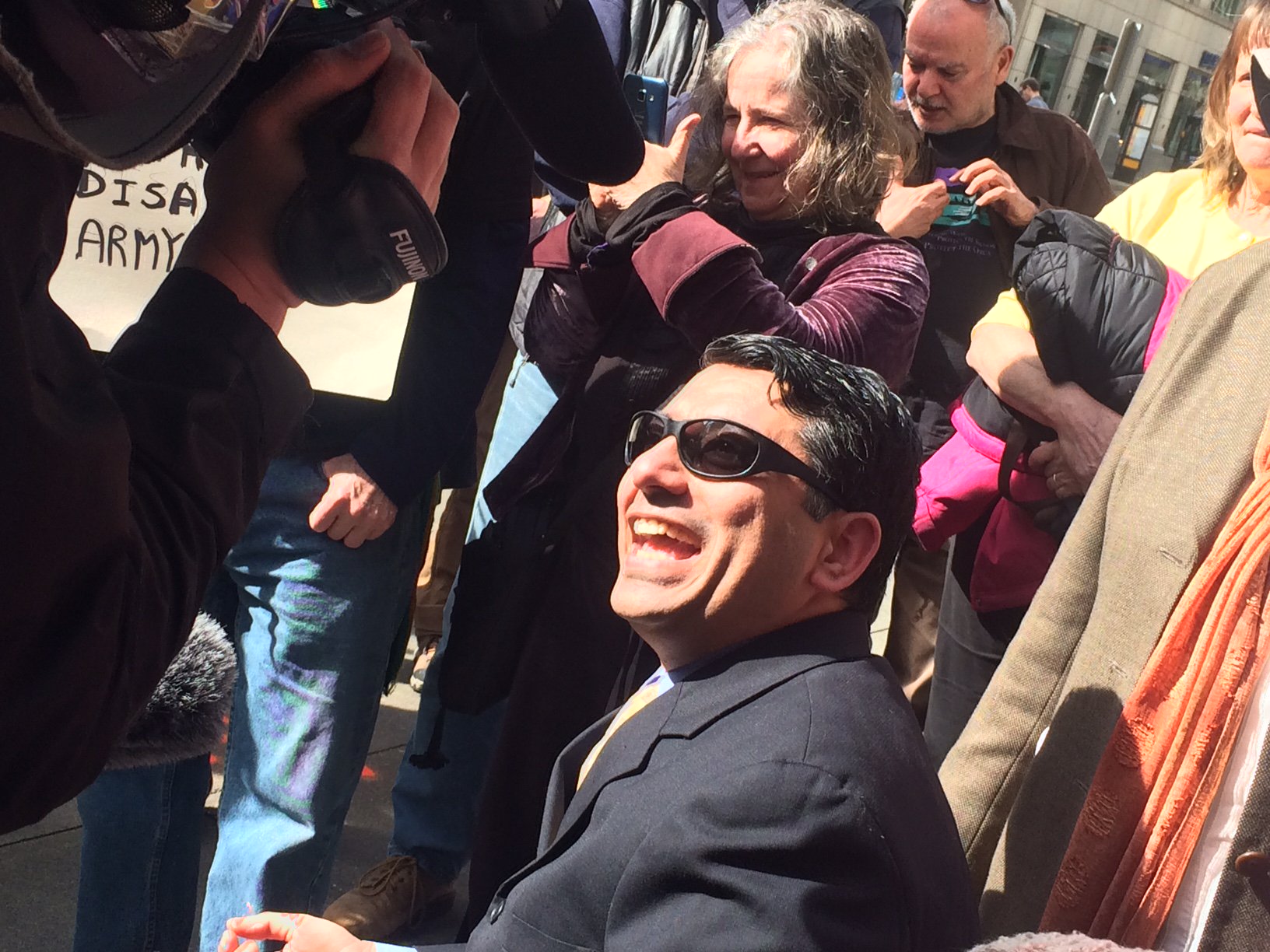 Zahid Chaudhry and his wife and leader (as he calls her) Ann Chaudhry, are fixtures in the progressive movement of Olympia, Washington. Involved in everything from Habitat for Humanity to Veterans for Peace (of which Zahid is the local president), they have inspired countless community members to step up and serve the people.

Zahid was born in Pakistan and lived for a while in Australia. In 2001 he and Ann married and he attained lawful residency status in the U.S. He joined the U.S. Army National Guard and served for several years, earning numerous commendations. In 2009, the U.S. Immigration Services began moves to deport him, claiming he had made fraudulent statements on his application for residency. He and Ann have been fighting this case ever since, with the support of their beloved Olympia community.

Starting over the summer, dozens of Zahid’s supporters from Olympia, plus many from Seattle, have gone to the Immigration Court in Seattle to attend what was always deemed the “final” court date for Zahid’s removal case. Each time, due primarily to the incompetence of the Immigration Services attorneys, the “final” appearance would be scheduled for a few months down the line.

On March 12, the final “final” hearing finally took place. Supporters gathered outside the building for a rally moderated by Michael T. McPhearson, the national executive director of Veterans For Peace. Attendees stood and shared about what Zahid meant to them and how Zahid and Ann had made a difference in their lives. As the time for the court hearing approached, the private security guards for the building in which the court is located moved to lock the doors and prevent Zahid’s supporters from entering. A number of people, including this reporter, managed to get in anyway, and went up to the 25th floor to the courtroom of Judge Paul DeFonzo.

DeFonzo, who in various proceedings has not refrained from showing his utter contempt for Zahid, proceeded to read his decision out loud. In a mind-numbing twist, he read it with all the punctuation, parentheses, Roman numerals and so on stated out loud, presumably for the benefit of someone who would be transcribing it later. This went on for more than an hour.

At the end, the judge’s decision was to grant lawful residence status to Zahid Chaudhry. While request for asylum was denied, the deportation will not take place based on the extreme hardship this would pose to Ann, the “U.S.citizen spouse.”

In addition to being disrespectful to Zahid, DeFonzo also showed disregard for Ann Chaudhry in the proceedings that this reporter witnessed. If the Immigration Services had had their way, Zahid would have long since been deported to Pakistan. Instead, his family and his community of activists for peace and justice, refused to back down and have fought this deportation every step of the way. This is a victory for solidarity!

The struggle is not entirely over. The Immigration Services attorney has reserved the right to appeal the decision, so the “Keep Zahid Home” forces will remain vigilant, but for today, Zahid and Ann Chaudhry and their community are savoring this victory.