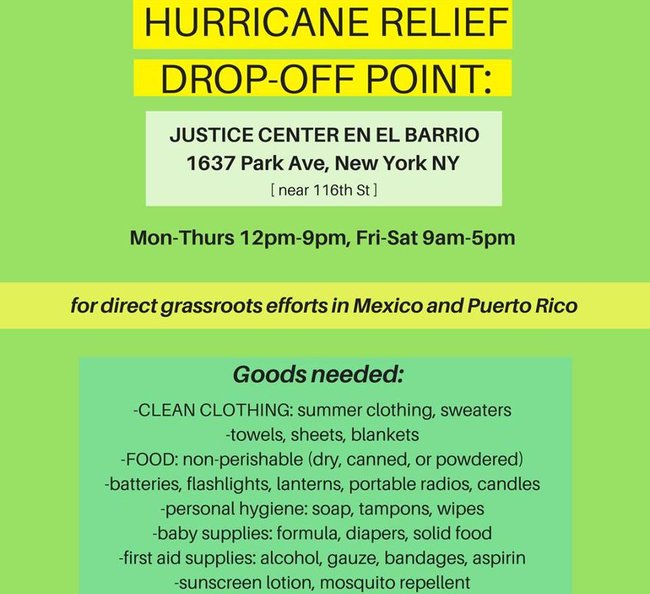 The U.S. government's response to the disaster caused by successive hurricanes in Puerto Rico is shameful, and reflects the colonial status that is imposed on the island and the fact that Puerto Ricans are treated as second-class citizens. While Donald Trump was busy attacking Black athletes who were protesting racism and police brutality, vital infrastructure was wiped out and horrible shortages of essential goods began in Puerto Rico. To address this enormous crisis, the unjust debt imposed on Puerto Rico by Wall Street vulture funds should be cancelled, and the island should be granted independence to end over a century of colonial rule by the United States.

Meanwhile, heroic efforts by everyday people are helping to mitigate the worst hardships. Communities across the country are mobilizing to deliver relief to the people of Puerto Rico. We will continue our efforts until the hurricane victims' needs are met and there is justice and sovereignty for Puerto Rico! 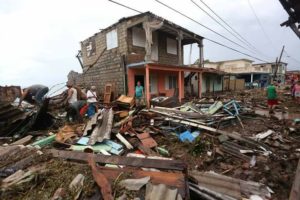 Much of Cuba has been devastated by Hurricane Irma, the first Category 5 hurricane to make landfall in Cuba's history. Thousands of homes, agriculture, electrical plants, the infrastructure, have been seriously damaged. The Cuban people, government, and mass organizations are working hard in the recovery efforts. Even more damaging than natural disaster is the U.S. economic blockade, which has cost the country hundreds of billions of dollars and hampers its development. Cuba is renowned for extending international solidarity to people around the world with medical workers and teachers; even as Hurricane Irma hit Cuba, Cuba was sending 750 medical personnel to other islands in the Caribbean which had been devastated by the hurricane.

It is our turn to come to Cuba's aid! The Cuba and Venezuela Solidarity Committee is launching an Emergency Campaign to assist Cuba with direct material aid. Every dollar, every contribution made here will go to Cuba for the recovery effort. Please make a donation today and give generously. Contact us if you have access to material aid or can help in other ways.

Click here to donate, or call us at 415-821-6545 to find out how you can help. The Cuba and Venezuela Solidarity Committee is also involved in providing relief for Puerto Rico.