South Africa is mobilizing for March 16. Brazil and Argentina too. Are you? 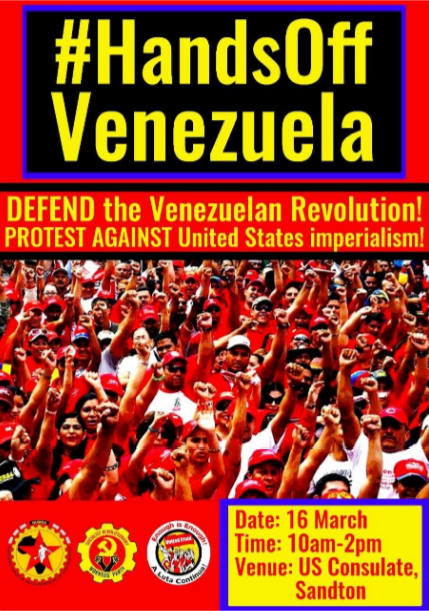 March 16 is shaping up to be a truly powerful day of international solidarity in defense of Venezuela. From Johannesburg, where the National Union of Metalworkers of South Africa (NUMSA) will lead a protest in front of the U.S. consulate, to the Plaza de la República in Buenos Aires, Argentina and the streets of Sao Paolo, Brazil, to right in front of the White House in Washington, D.C., and to Seattle and Los Angeles on the West Coast, people of conscience worldwide are standing up to U.S. imperialism and the Trump administration’s attempt to restore the Monroe Doctrine in Latin America. (To the right are the flyers from South Africa and Argentina) 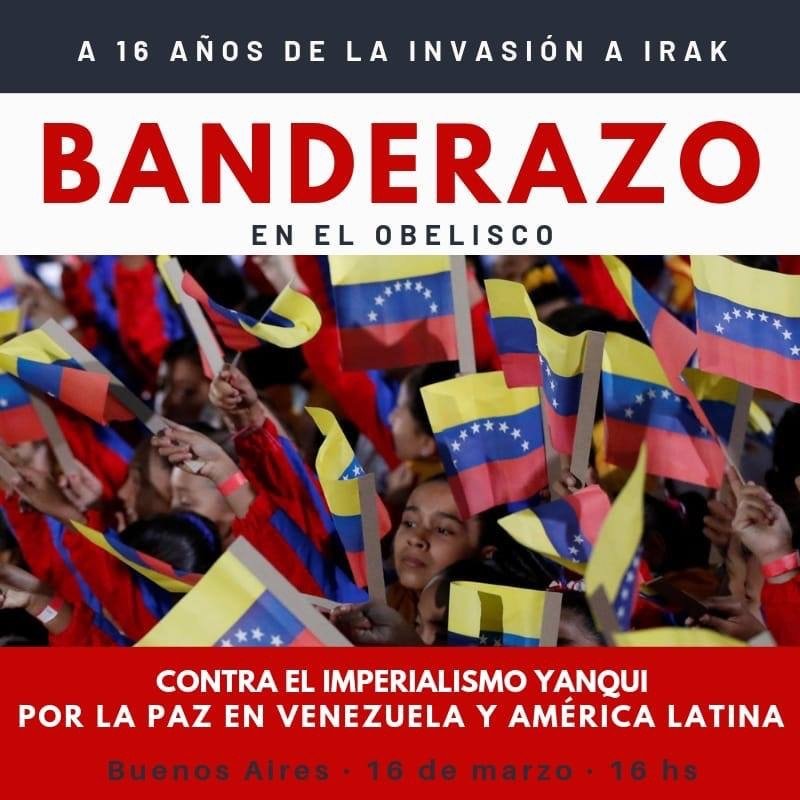 Have you gotten your bus ticket yet to this Saturday’s National March yet? Cities up and down the East Coast, and stretching as far west as Minneapolis, Minnesota and Dallas, Texas are organizing buses and vans to the march. Don’t wait until the last second, and lose your seat. Click this link to find a listing of transportation centers to D.C.

The International People’s Assembly, recently convened in Caracas, Venezuela, drew organizers from social movements across Asia, Latin America, Africa, the Middle East, Europe and North America. Their first resolution was to call for united actions on March 16 to say “Hands Off Venezuela.” The whole world truly is watching, and here inside the “belly of the beast,” we have a special responsibility to show that the people of the United States reject the warmakers from both parties who act in our name but not with our consent.

If you cannot make it to Washington this Saturday, please consider making a donation to support youth and students who are finding it difficult to cover the costs of travel. Below is a photo of five high school students from the Bronx who are committed to joining the march, each with handwritten signs explaining why. 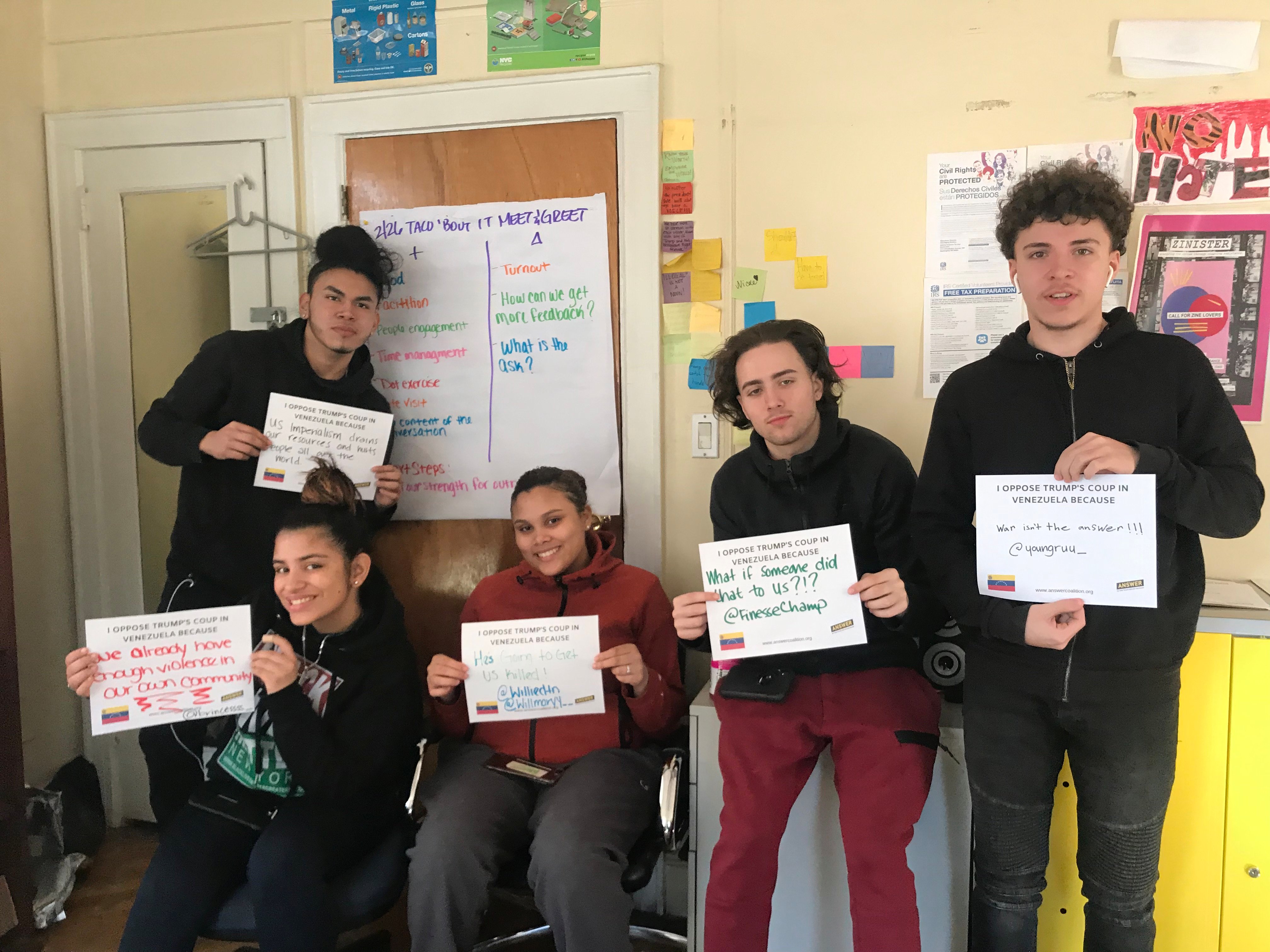