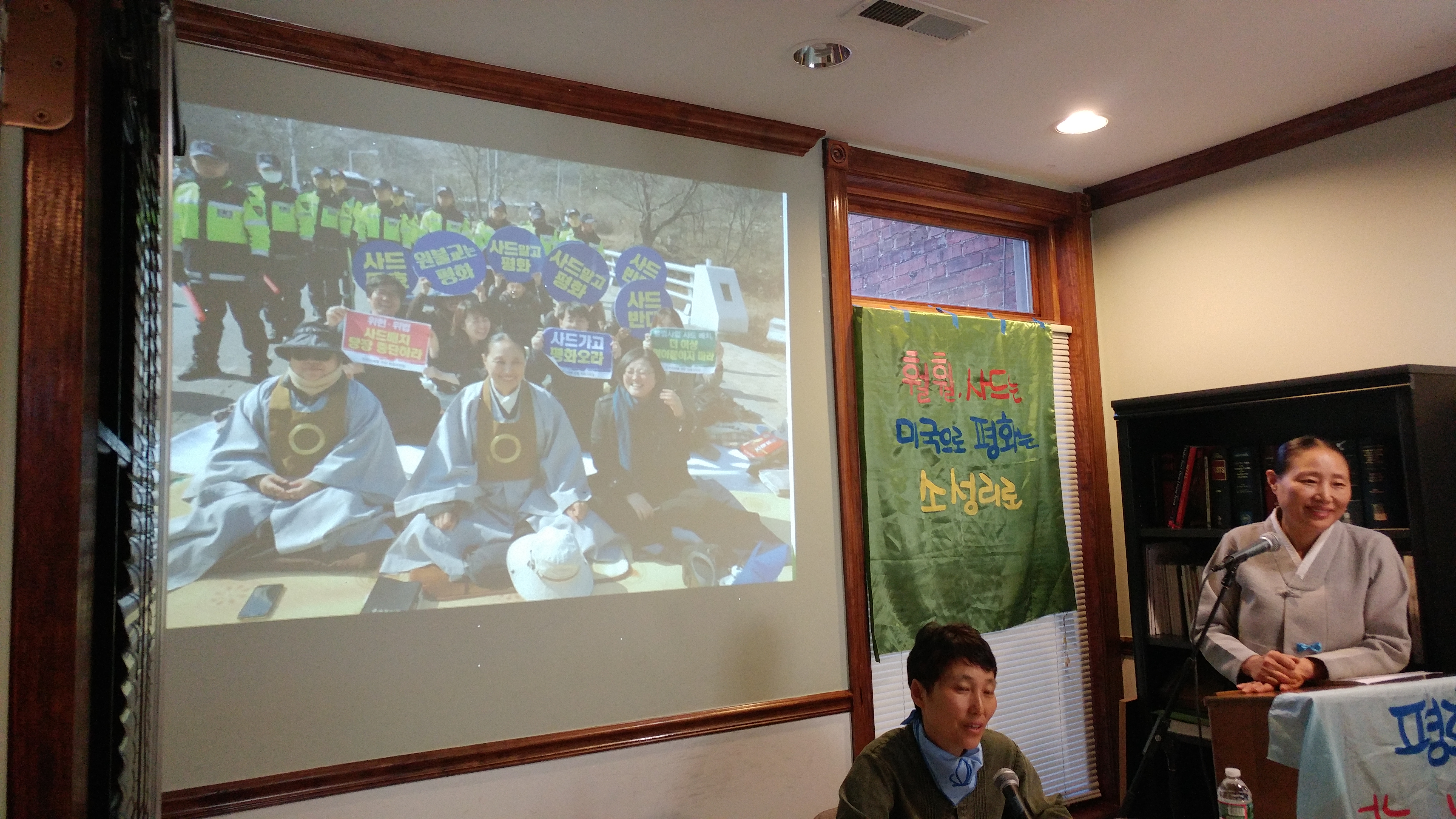 Rally at the White House, April 16, 2017, initiated by Coalition of Korean Americans

The Task Force to Stop THAAD in Korea and Militarism in Asia and the Pacific (StopTHAAD.org) has just completed a nationwide speaking tour featuring the Rev. Sounghey Kim, co-chair of the Seongju Struggle Committee to Stop THAAD deployment, to increase knowledge among people in the United States about the struggle against the deployment of the U.S. THAAD missile system to Korea. Click here to learn more about THAAD.

The tour visited nine cities, including a demonstration outside the White House. Anti-war activists, members of the Korean American community, and people who have been newly brought in to the progressive movement by the wave of anti-Trump actions were eager to learn more about this crucial international issue and show solidarity with the struggle of the people of Korea as the danger of a new Korean War escalates.

Rev. Sounghey Kim has been at the forefront of the fight against the THAAD deployment since July 2016, when the U.S. and South Korean governments first announced the deployment plan. She has been a part of the daily candlelight protests in Seongju and the recent overnight prayer sit-in’s on Jinbat Bridge, which leads to the site selected for the THAAD deployment.

The ANSWER Coalition is a member of the steering committee of The Task Force to Stop THAAD in Korea and Militarism in Asia and the Pacific with the Solidarity Committee for Democracy and Peace in Korea, Korea Policy Institute, Veterans For Peace - National Office, Philadelphia Committee for Peace and Justice in Asia, and Global Network Against Weapons & Nuclear Power in Space.

Check StopTHAAD.org and Facebook.com/StopThaad for photos, video and a more complete report. 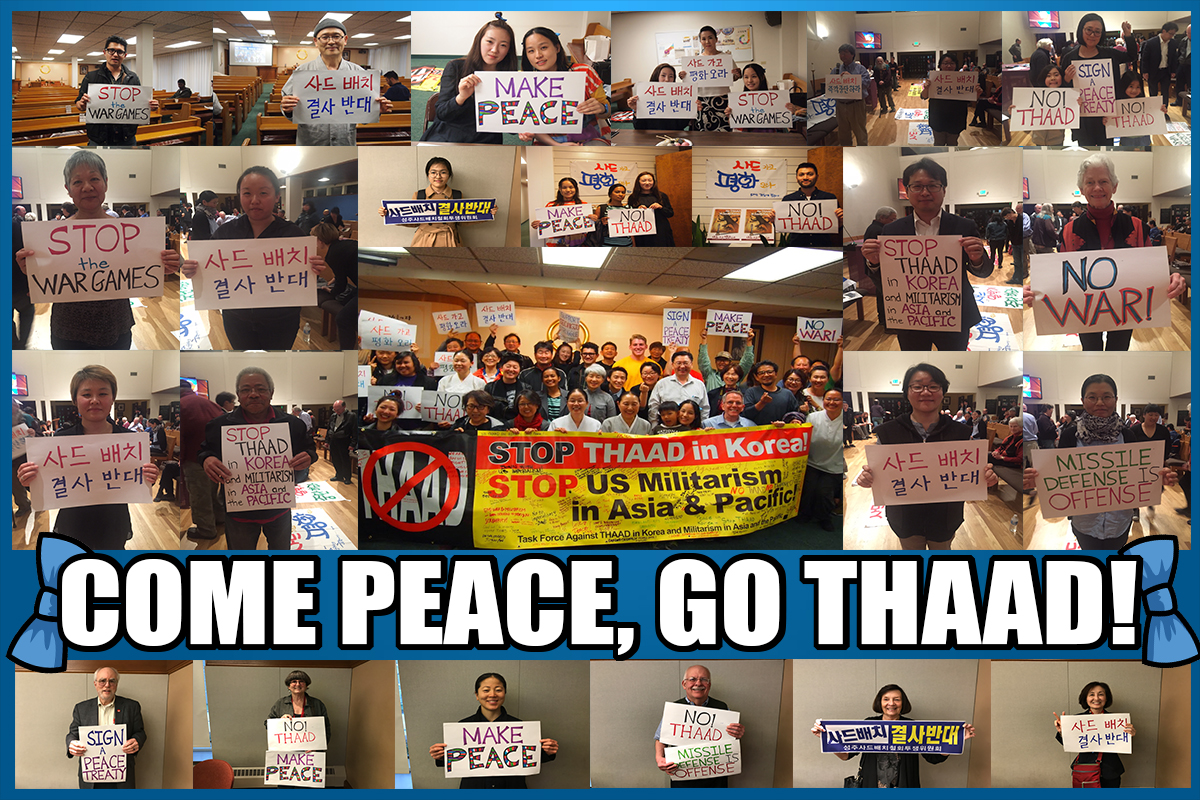 Collage of photos from several events by Will Griffin 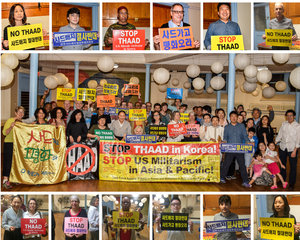 Collage of photos from Philadelphia event by Margaret Gerhart