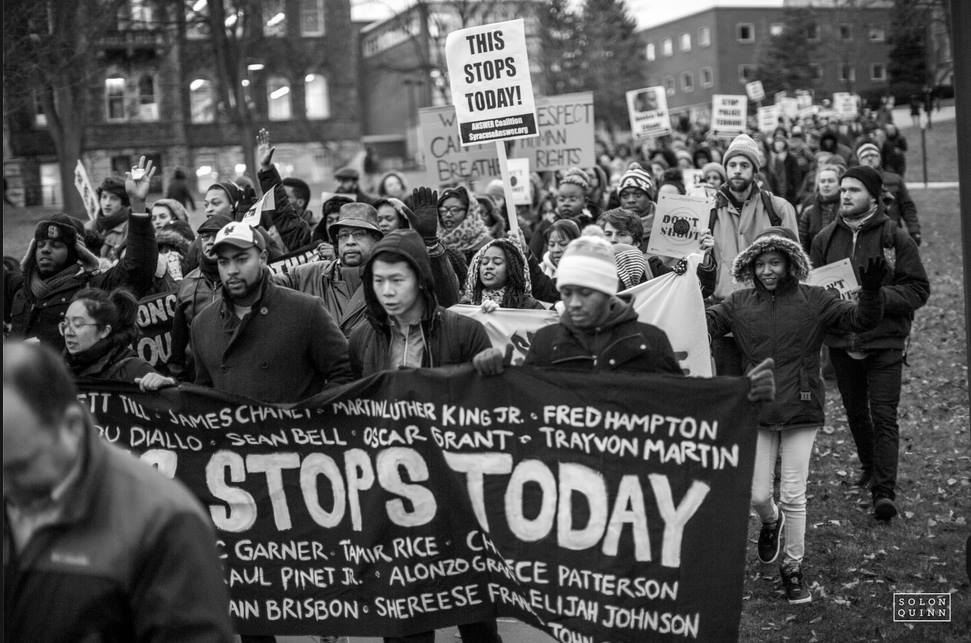 Stand with the Baltimore uprising!

For far too long we have remained silent as our people have been brutally murdered by police. For far too long the media has manipulated and twisted stories to frame people of color and poor people as "animals" and "thugs" for passionately fighting back and resisting State sanctioned violence and oppression.

There is no riot in Baltimore, there is an uprising. We are in solidarity with that uprising. We stand in solidarity with the youth who are refusing to "work within the system," because it is that system that lets these killer cops walk. We know that the youth aren't destroying Baltimore. The banks, real estate developers, and the police are destroying Baltimore.

Join us at noon on Thursday, April 30, as we come together in solidarity with our brothers and sisters (and those who don't identify with the gender binary) in Baltimore. This nation is awakening and rising up against these oppressive regimes. Our strength and power comes from solidarity.

The revolution will be intersectional and will not leave anyone behind!