Standing Against Racism & War - the Only Road to Peace

The following event is being organized by Pivot to Peace, an important initiative to stand against a new Cold War with China. 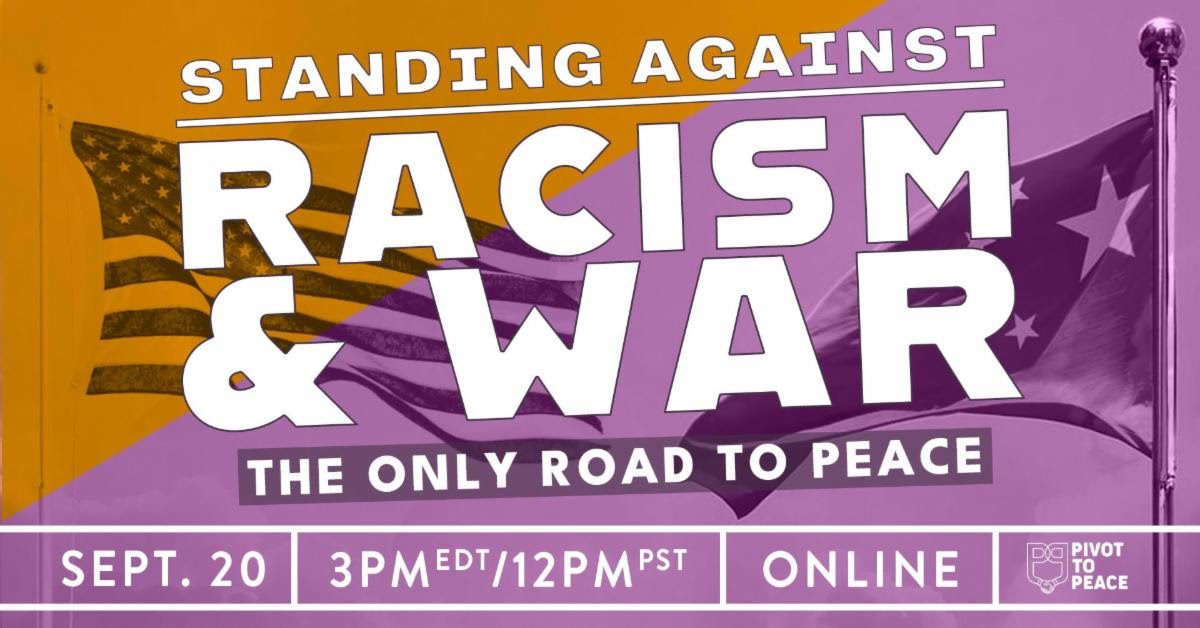 *NEW DATE*
Join us on September 20th, 2020 at 3pm ET/ 12pm PT
for our second live-streamed webinar titled:
Standing Against Racism & War - The Only Road to Peace

People from all walks of life are coming together to fight another pandemic - racism. As the US prepares for confrontation and “major power conflict” with China, millions of Asian-American people are experiencing the racial effects of a new Cold War. We, people inside the United States from a diverse range of backgrounds, are standing together to say NO to racism.

Today, a new wave of Anti-Asian racism, persecution and discrimination is being directed against Chinese-Americans and Chinese students studying at US universities. The newest wave of anti-Asian racism inside the United States is the direct result of the reorientation of US military policy that puts our country on a “major power conflict” with China. Now is the time for all people of conscience to stand together to say NO to racism and war, and YES to peace with China.