Stop the electoral fraud in Honduras! 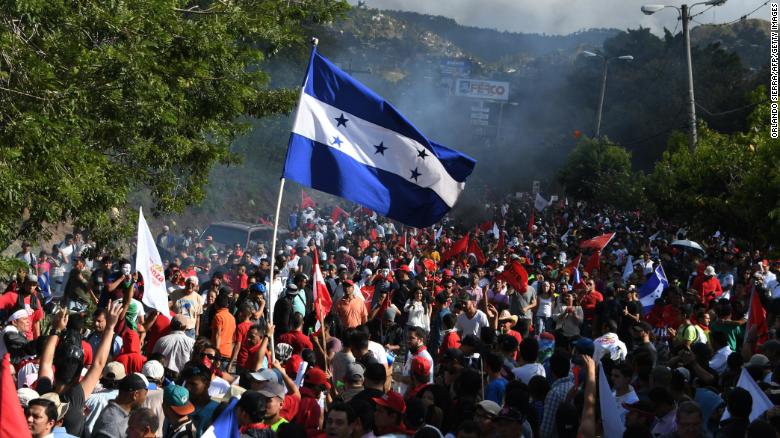 The right-wing regime of Juan Orlando Hernández, which owes its power to the 2009 U.S.-backed coup d'etat against elected president Manuel Zelaya, is desperately trying to hold on to power by blatantly rigging the election. The ANSWER Coalition is in solidarity with the uprising taking place across the country to reject this assault on democracy, and demands that the U.S. government withhold recognition of the results if Hernández is fraudulently declared the winner.

When results were initially reported, it appeared that Salvador Nasralla, the candidate of the Opposition Alliance Against the Dictatorship, was certain to win. The main component of the alliance is the left-wing Freedom and Refoundation (LIBRE) Party, led by ousted President Zelaya. The right wing panicked and applied pressure to the supposedly independent electoral authority, and suddenly the results being reported began to heavily favor Hernández.

Once the fraud become apparent, huge numbers of people took to the streets. In response, a state of emergency was declared and constitutional rights were suspended. A wave of violence is being carried out against the popular movement, leading to several deaths. However, the people refused to be intimidated, and their persistence opened up a major split within the government's repressive forces.

This is not the first time that right-wing elites, with the implicit support of their masters in Washington, have engaged in electoral fraud. The previous presidential election, held in 2013, was similarly stolen by Hernández. The people of Honduras are determined to not allow history to repeat itself, and we salute them in their courageous struggle.