Below are reports and photos from Yoshio Nakamura of the anti-war organization Asia-Wide Campaign (AWC)-Japan on progressive struggles in Japan that have taken place over the past month. 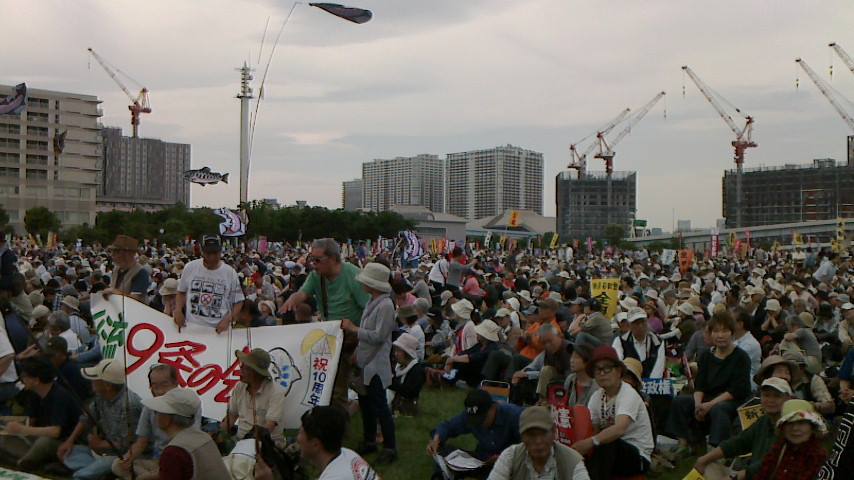 Japanese ruling elites have wanted to amend the Constitution, especially Article 9, for many years. Article 9 declared the 'renouncement of war', 'non‐maintenance of war-capable forces' and 'denial of the right of belligerency'. They have regarded it as an obstacle to their ambition for Japan's own military build-up.

Originally, the right-wing and reactionary Prime Minister Shinzo Abe planned to propose launching official proceedings for the amendment this year and hold a national referendum in 2020. However, his ambition has already been shattered by huge people's protests against his administration's corruption. 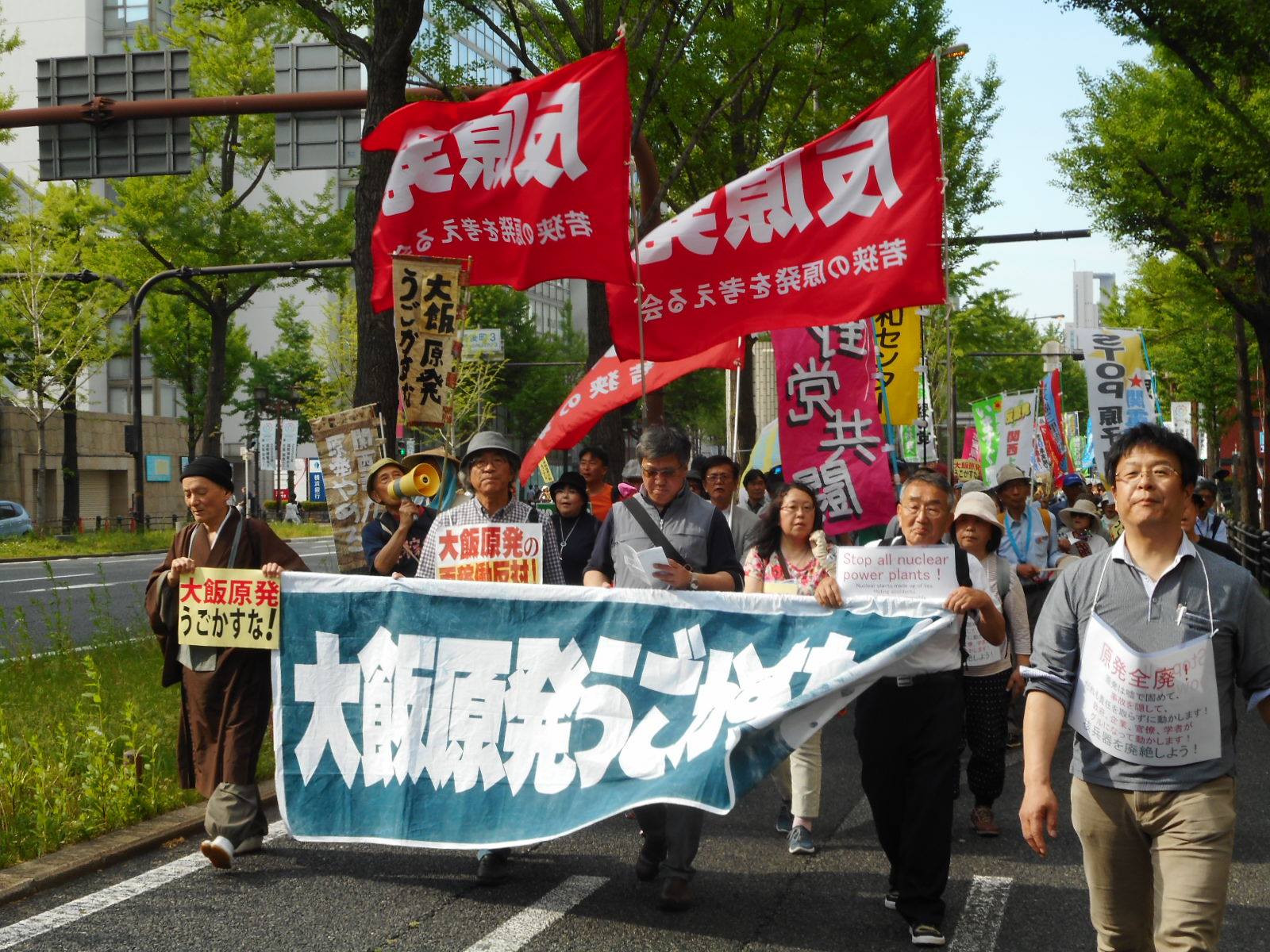 People surrounded the main office of the Kansai Electric Power Corporation (KEPCO) in Osaka, demanding that the restart of the No.4 reactor of the Oi nuclear power station in Fukui prefecture stop. KEPCO plans to restart it in May. After the action surrounding KEPCO, people marched through the main streets in Osaka. 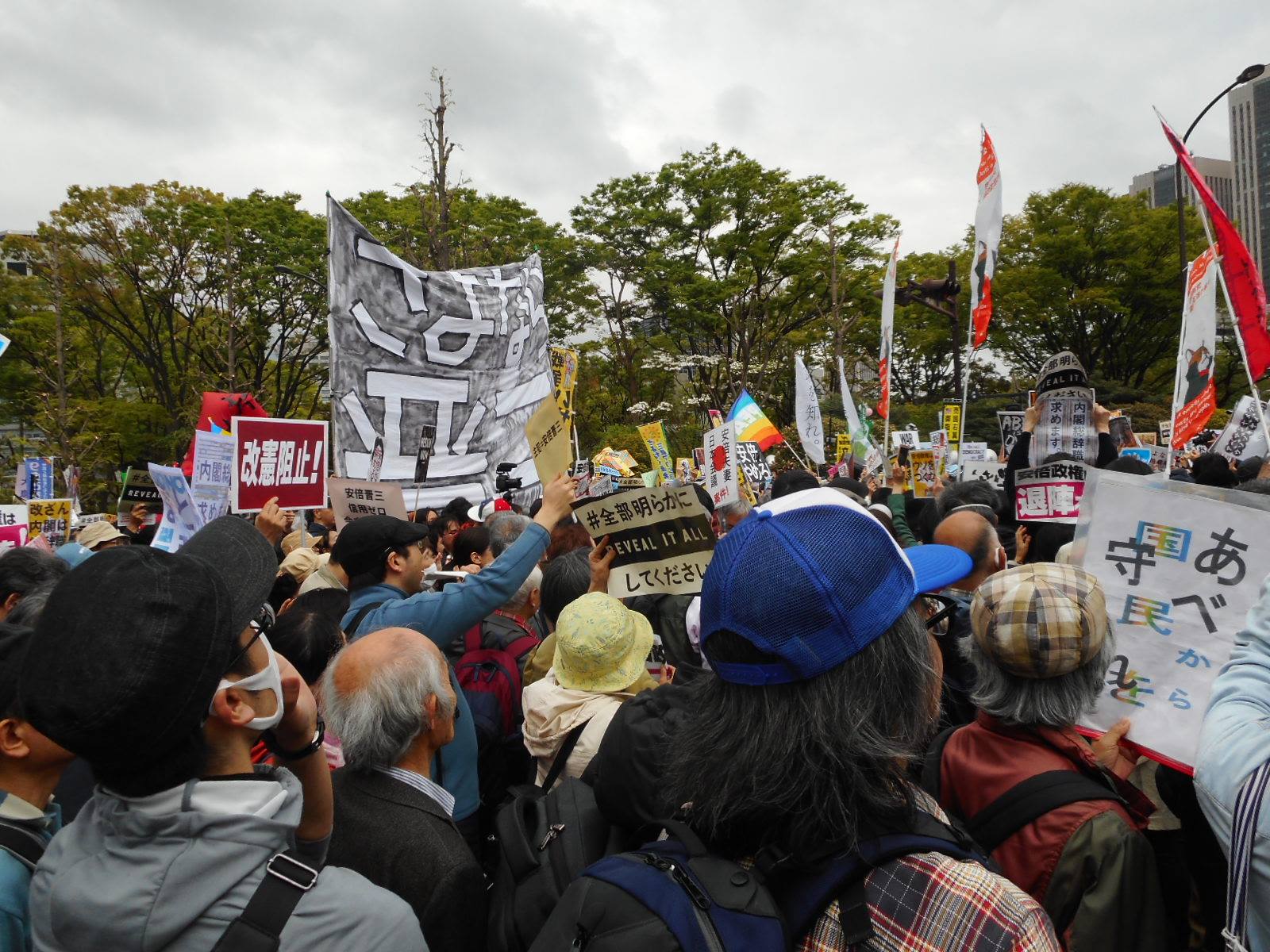 Thousands of people occupied a road toward the main gate of the Diet (Parliament) building in Tokyo, denouncing a series of scandals which have been committed by Prime Minister Abe and government officials.

People are demanding Abe’s immediate resignation. The movement has momentum. The cabinet's approval rate is decreasing day by day. 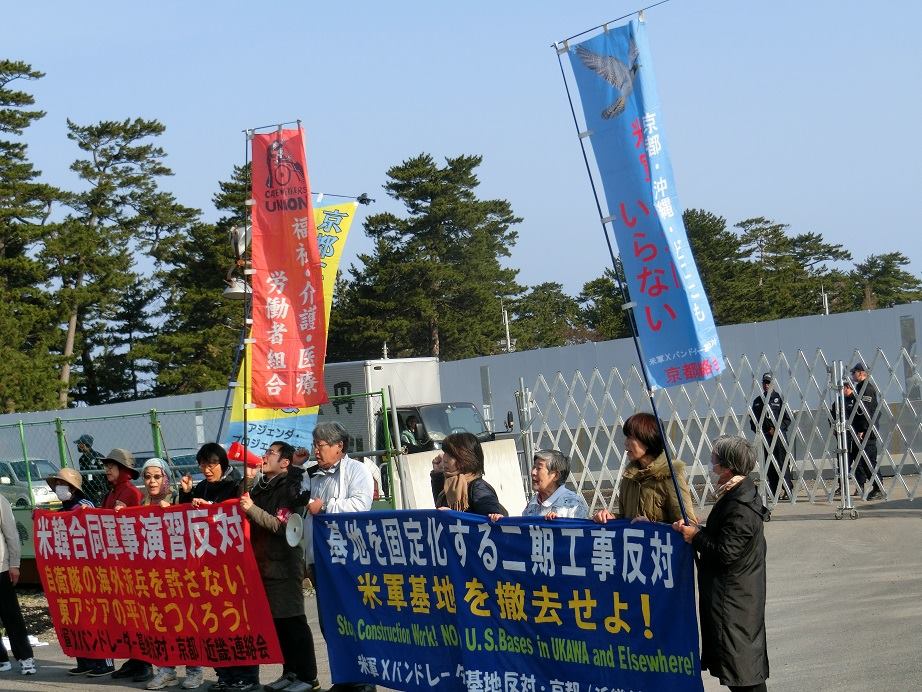 The Kyoto Coalition against the U.S. X-band radar base held an urgent action to protest the launch of the second stage of construction work inside the U.S. radar base in Ukawa, Kyotango City. According to an official announcement, the construction project is to build barracks for military personnel stationed there.

Japanese government have explained that the radar base is needed to respond to the "threat of North Korea launching a missile". This was a supposed reason it accepted of the US base there. However, the situation on the Korean Peninsula is now going to a phase of dialogue and tension-easing. Why do they need to consolidate the base now?

During the protest in front of the base, members of the coalition denounced the consolidation of the U.S. base in Ukawa and demanded peace in the region.