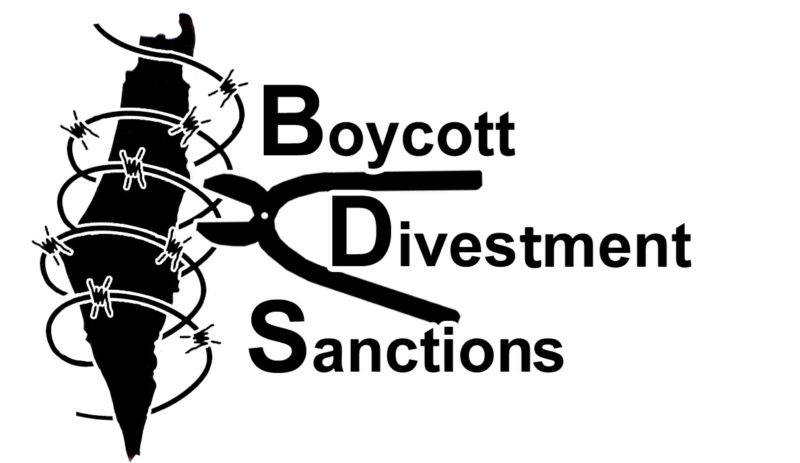 The following article by Joyce Chediac was originally published on Liberation News on May 3, 2017.

On April 24, Omar Barghouti, co-founder of the Boycott, Divestment and Sanctions movement, said that movement’s remarkable growth is “driven by grassroots movements around the world.” Held under house arrest by the Israeli government for over a year, this human rights defender spoke at Columbia University in a rare U.S. appearance.

Had it been up to the Columbia, however, the event would not have taken place.

Barghouti had his travel ban lifted to accept the Gandhi Peace Award at Yale University before coming to speak at Columbia, his alma mater at the invitation of a student coalition. Less than 24 hours before the event, Columbia University and Barnard College limited attendance at the meeting to only 50 people who were not students. Their reason? An article in the right-wing Breitbart News claiming the meeting would be “controversial.”

Columbia University Apartheid Divest, which organized the event, had a different view. “In response to a smear campaign meant to silence and intimidate Barghouti and advocates of the BDS movement, both the administrations of Columbia University and Barnard College have placed restrictions to severely limit our event and its reach.” The meeting was held anyway, before a packed house, and Barghouti was enthusiastically received and given two standing ovations.

“Controversial” seems to be the buzzword that colleges are using to limit and censor advocates for Palestinian rights. At this city’s Fordham University, the group Students for Justice in Palestine was recently denied club status over concerns that its presence would “stir up controversy.” Students have since filed suit against Fordham for violating free speech rights.

Barghouti explained at Columbia what most in a school environment already know, “controversy is essential for the advancement of intellectual discourse.”

BDS was inspired by the Civil Rights movement in the U.S. as well as the anti-apartheid movement in South Africa, he said. Barghouti listed BDS’s demands: End Israel’s occupation and the wall; end the system of racial discrimination, which meets the United Nations’ definition of apartheid; uphold the right of Palestinian refugees to return. Recent BDS gains, he said, included a vote by the Barcelona City Council to end complicity with Israeli occupation; the private security firm G4S’s selling off its operations in Israel; and legal and human rights groups worldwide affirming the legitimacy of boycott, divest and sanction tactics applying to Israel.

Barghouti was joined on a panel by Rebecca Vilkomerson, executive director of Jewish Voice for Peace, and Premilla Nadesen, Barnard history professor and South African of Indian descent.

Viklomerson decried Israel’s “lawfare” tactic to get governments to outlaw BDS by claiming it is anti-Semitic. Two such anti-BDS bills are before the U.S. Congress, and 17 states have passed anti-BDS laws. The New York State Legislature has passed six anti-BDS laws. She called this strategy “a sign of weakness,” that “they are losing the grassroots.” As the “political right grows closer to Israel,” she explained, it is clearer that it is “possible to be Zionist and anti-Semitic, and those who are not Zionist can be more committed to fighting anti-Semitism.”

Nadesen, who recently visited occupied Palestine, explained how apartheid there and in the South Africa of her birth were comparable. She added, “Palestine has to be a component for any left feminist agenda for social reform.”

The event was organized by Columbia University Apartheid Divest, a coalition of Columbia Students for Justice in Palestine and Barnard College Jewish Voice for Peace calling for the university to divest from the Israeli occupation of Palestine.

This spring, CUAD sought to gauge student support for their ongoing BDS campaign through a student referendum: “Do you support Columbia University Apartheid Divest’s campaign as part of the Boycott Divestment and Sanctions movement?” Their campaign had received 1,200 student signatures and the support of faculty and the vast majority of the progressive and minority groups on campus. However, when the question was brought before the Student Council for approval, “instead of discussing the language of the question and voting on it, the council caved to Zionist pressure and arbitrarily voted against putting the question on the ballot at all, thereby censoring our message,” said Aya Salem, of Columbia SJP and the ANSWER (Act Now to Stop War and End Racism) Coalition.

They continued, “in the current school environment, donors, trustees, and powerful students are able to intimidate administrators and student representatives and shut down any mention of the plight of the Palestinian people or complicity in Israeli Apartheid.”

Meanwhile, students at Fordham University recently filed suit over the school’s rejection of a SJP club. Represented by the Center for Constitutional Rights and Palestine Legal, the suit calls the school’s
rejection of SJP “viewpoint discrimination” that violates Fordham’s policies regarding free expression.

When the SJP application for club status was pending, Fordham administrators stalled the application, claiming SJP’s presence would “stir up controversy.” “After the student government approved SJP as a club, Dean of Students Keith Eldredge overruled the decision and wouldn’t allow SJP to be a club,” explained Sapphira Lurie, a plaintiff in the suit, an organizer for SJP, and a member of the ANSWER Coalition.

Lurie was accused of violating the school’s “demonstration policy” for protesting the school’s decision. Then Eldredge insisted that she attend a closed-door disciplinary hearing, without access to counsel or advisers, with him as the only hearing official and decision-maker.