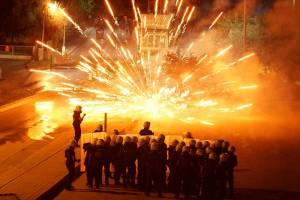 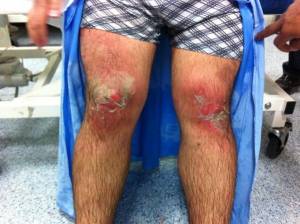 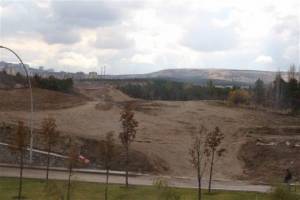 On Oct. 26 in Ankara, police arrested 26 students during a march to protest a highway construction project around the Middle Eastern Technical University campus. The students were attempting to march to the METU campus from the city center when the police attacked them with tear gas.

The construction project is headed by the municipality of Ankara, which is run by the ruling AKP (Justice and Development Party) government. The plan involves the construction of an eight-lane highway that will go along the METU campus and cut right through the adjacent working-class neighborhood, 100. Yıl, which is also home to many METU students thanks to its affordable housing.

There have been numerous student-led protests in the neighborhood and METU campus since the project started in September. Every protest has been met with extreme police brutality, with tear gas and water with chemicals sprayed from water cannons. Police helicopters were also used to fire tear gas on the crowd. In several incidents, tear-gas canisters shot into the forest area in the campus started fires. In addition to defending themselves, the students had to put out these fires amidst the ongoing turmoil.

On Oct. 18 around midnight, protected by hundreds of riot police, Ankara Municipality forcefully entered the METU campus with tens of bulldozers and trucks and cut down close to 3,000 trees to clear the path for the highway. The operation was performed at a time when there were not many students on the campus due to a holiday week. This was completely illegal since METU had until Nov. 4 to file an appeal to the Ministry of Environment and Urban Planning.

The following day, a small number of METU students gathered for a rally at the illegal construction site to plant new trees in place of the ones cut down by the municipality. In the following week when the students returned from the holiday break, there were numerous protests organized by the students and the residents of the neighborhood, attended by thousands. The protests were met with excessive police with tear gas and sound grenades again. Due to the excessive amount of tear gas shot by the police into the campus, some of the student dorms had to be evacuated. Several students were directly hit and injured by the tear gas canisters. In one of these protests, a student pushed by the police right into the burning flames of a barricade suffered second degree burns all over his body.

The illegal construction operation and the following police violence in the protests were condemned by the METU rectorship and student organizations.

The METU rectorship released a statement condemning the midnight raid on the campus, illegal construction and destruction of trees that belong to the university without following any of the legal procedures. The rector-ship also announced that 300,000 new trees will be planted.

The FKF (Federation of Idea Clubs), an umbrella student organization that brings together over 190 university student groups all over Turkey and that was founded last year in METU with over 500 student delegates, also released a statement. The statement mentioned that the timing of the attack by the government (when there were not many students on campus) proved that AKP is truly scared of the youth. The statement also noted that AKP outlived its time and METU students have one final lesson to teach AKP on its way out.

METU was founded in the 1950s at the height of the Cold War with financial support from U.S. Agency for International Development shortly after Turkey’s admittance to NATO. In total contrast with the founders’ original intention of raising a university youth aligned with the interests of U.S. imperialism, METU has been a bastion of progressive ideas, student organizing and revolutionary struggle, bringing forth many student youth leaders throughout its history. METU students and teachers have always stood for values such as progress, science, secularism, equality and anti-imperialism. It is not surprising that METU would come under the attack of AKP. As a regional client of imperialism, with its reactionary policies towards youth and women, with its cut-throat neo-liberal assault on the working class, its brutal police oppression and its war-mongering foreign policies towards its neighbors like Syria, AKP is at war with all these values METU continues to stand for.