The ANSWER Coalition encourages its members and supporters to take action in support of Seoul Metro Line 9 workers in South Korea. Below is an update and social media campaign from the Korean Confederation of Trade Unions (KCTU).

Frustrated with inhumane and unsafe working conditions, Seoul Metro Line 9 workers went on strike, calling on the French company RATP Dev Transdev to make this so-called 'Hell Line' into a safe line. Instead of listening to workers demands, however, management has brought in poorly trained strike breakers leading to delays and further threatening passenger safety.

Please show support for the ongoing Seoul Metro Line 9 workers' strike by printing out the sign below (click the image for enlarged version) and taking a selfie or group picture. Please post pictures to social media with the hashtags #SeoulLine9 #RATP #Transdev and send send them to [email protected]. 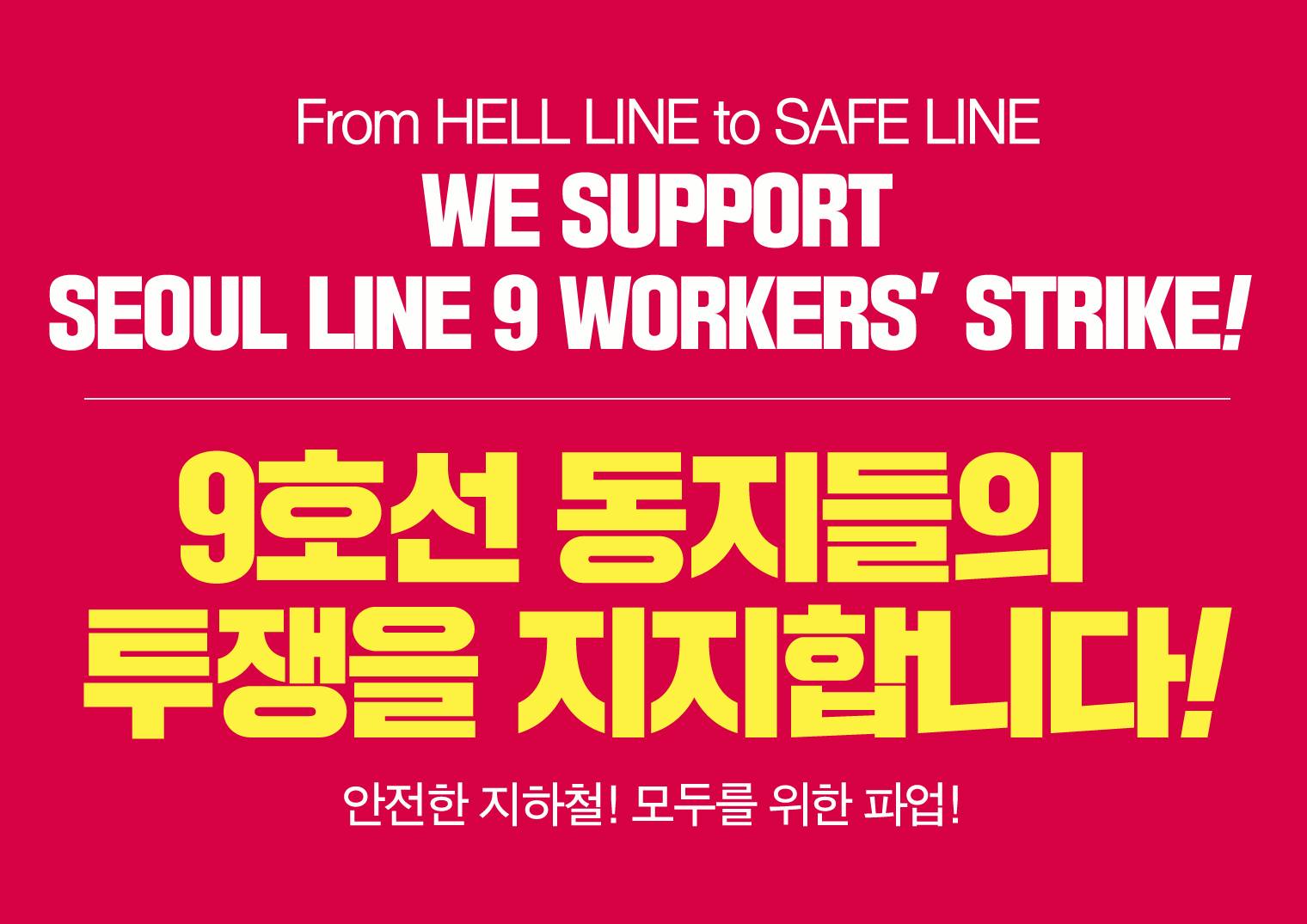 Learn more about this strike and other workers' issues in South Korea from the Korean Confederation of Trade Unions (KCTU).