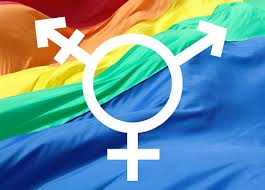 We're making history in Syracuse this month! On November 5th, the Syracuse City Council introduced a bill to amend a local law originally passed in 1990 so that it would prohibit discrimination against individuals based on the way that they understand, identify, and/or express their gender. This is an important civil rights bill, and we need you to show support for the passage of this bill.

Please Consider Coming to the Common Council Chamber on the 3rd Floor of City Hall:

If You Can’t Come and Be Present at City Hall, send a Letter of Support to the Common Council Before Monday.

A few local advocacy groups have been working with the Council to make this happen, including the CNY Chapter of the NYCLU and the Transgender Alliance of CNY as well as other Rainbow Alliance Member Organizations. City Councilor Jean Kessner is sponsoring the bill, and several of the other counselors have joined her as co-sponsors . But we do need your help to see it through.

The bill would prohibit discrimination in employment, housing, and public accommodations on the basis of “gender identity and/or expression” by amending a local Syracuse law originally designed to prohibit discrimination based on sexual orientation. That original law – the Syracuse Fair Practices Law - went into effect in 1990. It was one of the first pieces of legislation in New York State that banned discrimination based on sexual orientation. After that many other municipalities (including Onondaga County) followed suit, and ultimately SONDA (the Sexual Orientation Non-Discrimination Act) was passed in 2001 at the state level. However, Neither the City and County Fair Practices Laws nor SONDA included gender identity and expression as a protected category.

In recent years, many New York cities and regions have passed legislation at the local level to correct this. In fact, Syracuse is the only major city in New York that does not have a local law protecting transgender and gender non-conforming residents. Those that do are: Albany, Binghamton, Buffalo, Ithaca, New York City, Rochester, Suffolk County, and Tompkins County. It is our hope that the passage of this law in Syracuse will lend more strength to the passage of GENDA in the NY State Legislature.

WHAT CAN YOU DO? TWO VERY IMPORTANT THINGS:

1. Show up! The next study session will be held tomorrow - Wednesday, November 14 - at noon. Transgender Alliance leaders Mallory Livingston and Rob Pusch will address the Council and they need your support. Another study session will be held at noon on Monday, November 19 followed by the vote at 1:00 pm. The vote and study sessions will be held in the Common Council Chambers, 3rd Floor, City Hall (233 Washington Street). Please talk to your friends, colleagues, co-workers, clients, and other supportive community members and ask people to attend. Then call or email SAGE Upstate Director Kim Dill and let her know how many folks from your group are coming. Let's fill the Council Chambers with supporters!

2. Write a letter of support for the law to the City Council-- let them know how important this law is to your constituency. Address it to Council President Van Robinson and Councilor Jean Kessner, but send your letter to the Syracuse City Clerk John Copanas at City Hall. 233 E. Washington Syracuse, NY 13202. Please also send a copy or scan and send as an attachment to Kim Dill at SAGE Upstate, 431 E Fayette St. Syracuse, 43201 (Attention Kim Dill). Her email is [email protected]@sageupstate.org>.

The outlook is very good on all of this -- a majority of Councilors are co-sponsoring the bill. However, at least one Councilor is opposed and is likely to be vocal about it -- much of the basis of this opposition is related to stereotypes and misinformation. In addition, as word gets out about the bill, there will likely be people who want to come out and voice their opposition. For these reasons it is critical that we have folks there to support equality.

If you need additional info, feel free to call or email Barrie Gewanter (NYCLU) or Mallory Livingston (Transgender Alliance) at the contact info listed by their names below.
Thanks -- and hope to see you at City Hall!