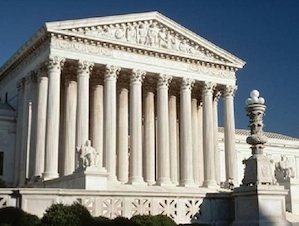 The U.S. Supreme Court on June 24 issued two significant decisions that will make it easier for employers to maintain discriminatory work environments. One case involves the company’s liability for discriminatory harassment by one employee against another, while the other involves retaliation against those who complain about unlawful discrimination.

In Vance v. Ball State University, a woman was subjected to harassment on the job. A company is liable for harassment carried out by its supervisors, in part because it is the power of that employment relationship that leaves the harassed worker in such a vulnerable position—in a sense, the company itself is making the harassment possible. But if the harassment is from a non-supervisory co-worker, then the employer company will not be liable unless it was negligent in managing the work environment and the victim of discrimination unreasonably failed to take advantage of mechanisms in place to deal with harassment by co-workers. So in this case, the issue before the court was the definition of supervisor, and specifically whether or not someone who controlled daily work activities and assignments should be considered a supervisor, even if that person doesn’t control “tangible employment actions” such as firing, demotion or transfers.

A majority of the justices (5-4) ruled today that only those who can take “tangible employment actions” are supervisors. This rejected an Equal Employment Opportunity Commission guideline that defined supervisors to also include those employees who direct the daily work activities (sometimes called “leads”). If the harassment comes from someone who controls a great deal of how you spend your day, the courts will treat that as simple co-worker harassment, and you will have no recourse unless the company was negligent in allowing it to happen. As the dissenters noted, this ignores the realities of workplace discrimination. Even without authority to fire, someone who assigns daily tasks is in a position of considerable power because of the authority the employer granted him or her, and it can be very difficult for an employee to speak out in those situations.

Moreover, this approach continues to interpret nondiscrimination laws to limit a wronged employee’s ability to seek redress and places the onus on the individual, rather than outlining a strong obligation on the part of employers to maintain nondiscriminatory workplaces. Under this decision, regardless of the realities of a worker who is confronted with a hostile work environment, the court makes it the burden of the vulnerable employee to act, rather than the obligation of the employer to ensure a work environment free of discrimination.

This view of civil rights laws as narrow means for individuals to get some redress—or not—rather than requirements that employers be responsible and accountable for wrongful discrimination is also clear in the other employment law decision the court announced this morning, concerning “mixed motive” retaliation. Title VII of the Civil Rights Act not only prohibits discrimination on the basis of race, color, national origin, sex or religion, it also makes it unlawful to retaliate against an employee because she complained about or opposed discrimination.

However, an employer can often point to more than one possible “reason” for firing someone. The court today in University of Texas Southwestern Medical Center v. Nassar ruled that retaliation for opposing discrimination is only unlawful if the plaintiff can prove “but-for” causation, meaning the action would not have been taken in the absence of the desire to retaliate for the employee’s actions in opposing unlawful discrimination. This, of course, can be very difficult to prove.

More than two decades ago, the Supreme Court made a similar ruling concerning direct discrimination (not retaliation), and Congress responded by amending the Civil Rights Act to make clear that “mixed motive” discrimination was unlawful if the discrimination was “a motivating factor, even though other factors also motivated the practice.” But because this was a response to a decision that involved discrimination rather than retaliation, the amendment was made in that section of the Civil Rights Act. The majority of the court (again, 5-4) today decided that this provision does not cover retaliation cases. As Justice Ginsberg wrote in dissent, “[T]he Court has seized on a provision, §2000e–2(m), adopted by Congress as part of an endeavor to strengthen Title VII, and turned it into a measure reducing the force of the ban on retaliation.”

Today’s decision means that an employer who admittedly wanted to retaliate against an employee for opposing unlawful discrimination, and in fact did fire or take other action against that employee, might still be free from liability if it can be shown that there were other reasons for firing the employee that would have been sufficient excuse in themselves. As with the case discussed earlier, this result makes sense to those who view the Civil Rights Act through the lens of limited rights for individuals. But it makes no sense to those concerned with creating nondiscriminatory work environments, who would instead view nondiscrimination laws as more serious regulation of employer misconduct.