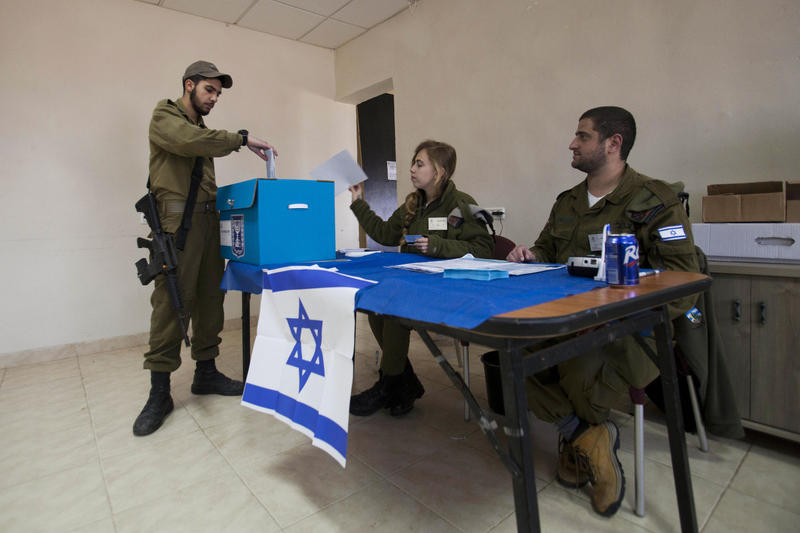 Israel’s March 17 election ended in a surprise victory for Prime Minister Benjamin Netanyahu’s right-wing Likud party. With 30 seats in the 120-seat parliament called the Knesset, Likud convincingly beat its closest rival – the Zionist Union, an alliance between the social democratic Labor Party and centrist Hatnuah party. Netanyahu is widely expected to retain his position as the country’s Prime Minister.

While pre-election opinion polls showed Likud slightly trailing the Zionist Union, it experienced a last-minute surge in support by consolidating the right wing vote, which is spread out across several parties. The fascist parties in the Israeli parliament – Jewish Home and Yisrael Beiteinu – saw their presence decline by 11 seats, while Likud gained 12. Likud was further helped by the fact that Yachad, an ultra-orthodox fascist party, just barely failed to clear the threshold to receive seats in the Knesset.

Netanyahu was able to pull off this feat by moving sharply to the right in the closing days of the campaign. He declared that there would be no Palestinian state while he was Prime Minister, something obvious to all observers but until then never officially acknowledged, and encouraged right-wing voter turnout with racist posts to social media.

At the other end of the spectrum of Zionist politics, there is a major sense of defeat and demoralization. The Zionist Union hoped to take advantage of discontent with the right wing’s social and economic policies, and refrained from raising any kind of meaningful criticism of Netanyahu’s crimes against the Palestinian people and neighboring Arab states.

Instead of winning, as many expected, they only marginally increased their share of the vote. Mirroring the hypocritical contempt liberals in the United States have for conservative voters, Israeli liberals have succumbed to despair. Prominent Israeli actress and author Alona Kimhi posted on Facebook, “Drink cyanide, bloody Neanderthals [right-wing voters]. You won. Only death will save you from yourselves.” Meretz, the leftmost Zionist party, came dangerously close to failing to enter parliament.

This highlights a significant weakness of the Zionist settler project. The majority of the Israeli population is either first or second generation immigrants, who likely retain a great deal of social, cultural and economic ties to their former homes. Should religious hardliners continue to dominate politics, it is entirely possible that immigration flows would reverse and secular Jews could begin abandoning the country.

Representing the only anti-Zionist contingent in the Knesset, the new Joint List performed well, winning 13 seats for the various Palestinian parties participating in this alliance. This was an unprecedented display of unity across ideological lines, made necessary by a new, repressive law that raised the threshold to receive seats with the intention of excluding the three small Palestinian parties that have historically been present in the Knesset. Other forces in the Palestinian movement called for a boycott of the elections, but the Joint List argues that the legislature is an important platform to combat the growing racism of the colonial Israeli regime.

While Israel remains a very valuable asset for U.S. imperialism, the election campaign and subsequent results have led to a rapid deterioration in U.S.-Israeli relations. The high-profile controversy over Netanyahu’s March 3 speech to a joint session of Congress exposed rare cracks in this partnership. The Obama administration opposed the speech, giving the excuse that it was improper during an election campaign. Speaker of the House John Boehner broke diplomatic protocol by inviting Netanyahu to give the speech without first consulting with the White House.

When it became clear that Likud was going to win the election and Netanyahu was not simply a headache that would soon pass, the Obama administration issued perhaps the most serious and open criticism of Israel in decades to come from the U.S. government. Referring to Netanyahu’s last-minute pre-election pledge to block the establishment of a Palestinian state, President Obama stated in an interview:

“We take him at his word when he said that it wouldn’t happen during his prime ministership, and so that’s why we’ve got to evaluate what other options are available to make sure that we don’t see a chaotic situation in the region, and I indicated to him that given his statements prior to the election, it is going to be hard to find a path where people are seriously believing that negotiations are possible.”

These are very carefully chosen and revealing words. The administration, which has supplied and resupplied the Israeli military machine as it carried out two genocidal assaults on Gaza and presided over a domestic regime of brutal racism rivaling Jim Crow and apartheid South Africa, is clearly not sincere in its concern for Palestinian independence. Quite the opposite – President Obama and Prime Minister Netanyahu differ over which strategy most effectively denies Palestinian self-determination.

Netanyahu and the Zionist right wing believe that this can be accomplished by overwhelming violence to break the will of any opposition. A different approach, favored by the Democratic Party and the forces in the Zionist Union, emphasizes the creation of a compliant Palestinian government to give the false appearance of independence and legitimacy.

This is partially accomplished through the Palestinian Authority, but it is unstable and theoretically only a transitional body. The Palestinian state that the Obama administration seeks would be totally dependent on Israel and lack the full powers of a truly sovereign government, and even failure to create such an entity is tolerable as long as “people are seriously believing” that sincere negotiations are occurring and, consequently, steadfast resistance is unnecessary.

The most pointed part of this statement is Obama’s pledge to “evaluate what other options are available to make sure that we don’t see a chaotic situation in the region.” This is a clear reference to the prospect of a thaw in U.S.-Iranian relations, which is viewed as an existential threat by the Israeli regime. The chaotic situation to which Obama refers seems to be an allusion to the dramatic rise of the Islamic State, which is being combated in Iraq with large-scale Iranian assistance.

There is a long-standing trend within imperialist foreign policy circles to favor Iran as a client capable of stabilizing the Middle East in the interests of U.S. capitalists. The 1979 Iranian Revolution made this type of relationship unworkable, and greatly increased the value of Israel’s watchdog role in the region, but many see the possibility of some type of partnership reemerging. It is this thinking that is driving the Obama administration’s push to sign an agreement with Iran that loosens sanctions in return for concessions pertaining to the country’s nuclear program.

John Boehner, representing the wing of the U.S. ruling class whose views more closely mirror Likud, announced after the election that he will be leading a delegation to Israel at the end of March. Whereas unconditional support for Israel was once an unshakable consensus view among the elite, this relationship is becoming more and more subject to the internal contradictions of the U.S. state. This is a very serious danger for the Israeli ruling class, whose entire existence is premised on service to and patronage from imperialism.

Heightened tensions in a dangerous period

At a time when the Middle East is embroiled in several wars with regional dimensions – a consequence of the crimes of imperialist intervention – an aggressive, right-wing government in Israel adds an extra layer of volatility to the situation. While negotiations are ongoing, it appears unlikely that Netanyahu will need to form a coalition with any party that will seriously object to his ultra-militaristic and racist policies.

Likud’s seats in the Knesset along with the fascist and ultra-orthodox parties that participated in his last government add up to just under the 61 seats needed to win a confidence vote. However, Netanyahu will likely be able to enjoy a comfortable majority with the support of the new Kulanu party. Led by a former Likud member, Kulanu focuses on populist economic issues and appears content to go along with the dominant right-wing opinion on “security” matters.

With a relatively solid domestic political position, Netanyahu may feel emboldened to take even more drastic measures to assert Israeli power. At the same time, an unfavorable international situation may add to the attractiveness of a diplomatic or even military gamble.

U.S. and Iranian negotiators are closing in on a deal on Iran’s nuclear program. It is widely understood among all the imperialist intelligence agencies that Iran is developing nuclear energy for purely peaceful, civilian purposes. The “nuclear” negotiations are not really about supposed Iranian weapons of mass destruction – they are an attempt to set the U.S.-Iranian relationship on a fundamentally new trajectory. Israel needs to thwart these efforts if it wants to avoid having its strategic value to imperialism diminished.

Israel is also still feeling the diplomatic fallout from its murderous assault on Gaza last summer. Its attempts to offer major concessions for a negotiated peace rebuffed, the Palestinian Authority has applied to join the International Criminal Court in an effort to hold Israel accountable for its war crimes. After Palestine becomes an official ICC party on April 1, this process could move along quickly and prove to be a major embarrassment for the Israeli government that would deepen its international isolation.

While the defeated liberal elements want to pull back from the precipice, it is the instinct of the Zionist right wing to flex its muscles to preempt unfavorable developments. This was the case with the most recent massacre in Gaza, which aimed to smash the breakthrough Fatah-Hamas unity government.

The Israeli military has no shortage of enemies to attack. Hezbollah, a well-equipped Lebanese resistance organization, is stretched thin with a major commitment in Syria, and could be an attractive target. Growing popular resistance in the West Bank could also serve as a pretext for a military adventure. Israel could take advantage of the extreme hostility of the new Egyptian government towards Hamas to launch another offensive. The weekend after the election, 3,000 reservists were called up for surprise military drills near the border with Gaza.

In a rapidly shifting environment, the one constant is the unshakable will of the Palestinian people to resist. As the Israeli establishment slips towards fascism, solidarity with this struggle becomes more necessary than ever.