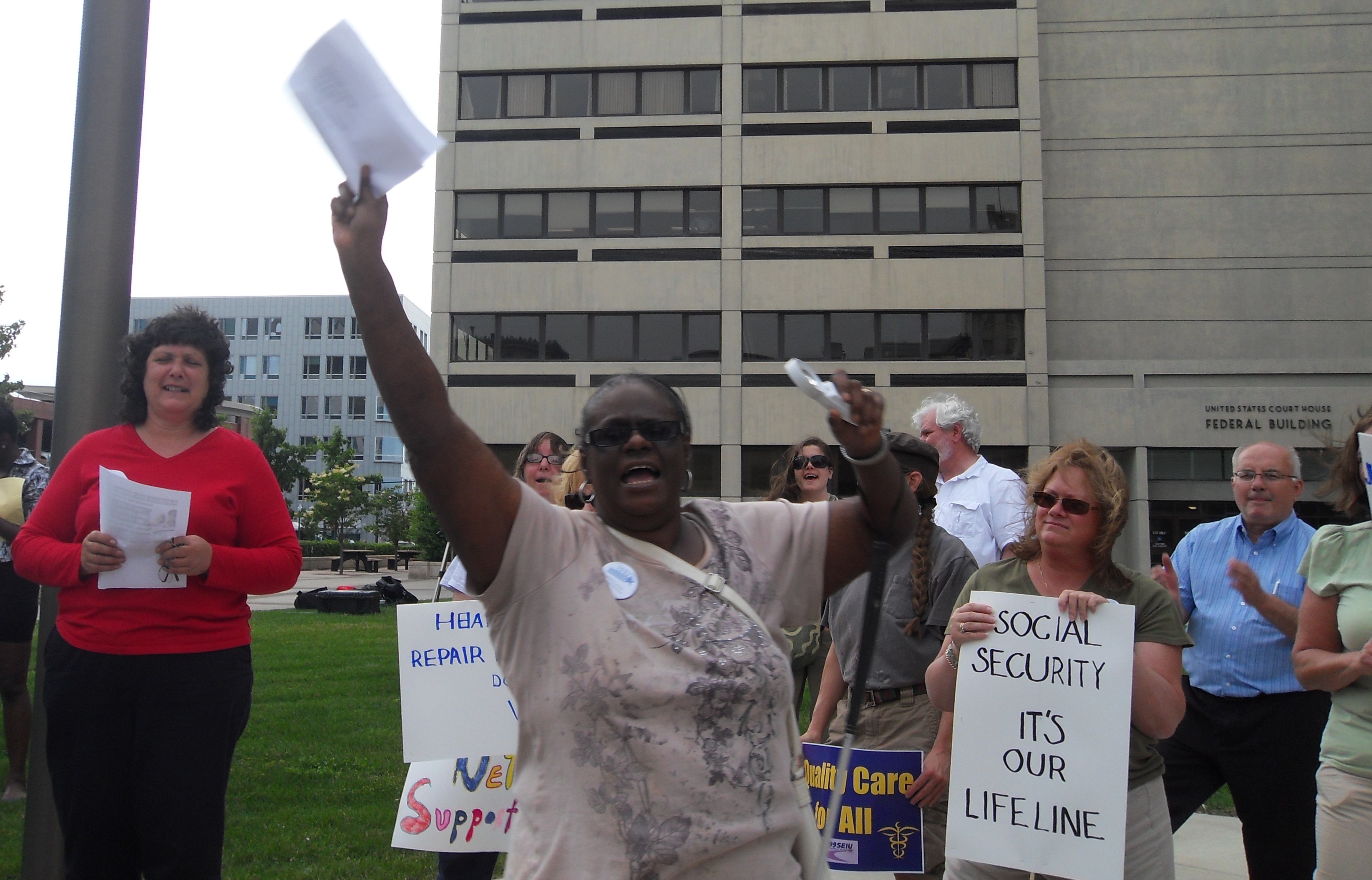 “This isn’t the end, this is just the beginning,” organizer Sally Johnston told a crowd of over 70 people that had gathered for a protest against cuts to health care at the Federal Building in Syracuse, NY. The protest was in response to Congressman Paul Ryan’s plan, which is supported by Syracuse Congresswoman Ann Marie Buerkle.

Ryan’s plan is a bald-faced attack on the working-class. It includes $750 billion in cuts to Medicaid over the next ten years, replacing Medicare with a voucher program, and cuts to social security, food stamps, and the Home Energy Assistance Program (HEAP).

The action was organized primarily by Disabled in Action of Greater Syracuse, and was endorsed by the ANSWER Coalition (Act Now to Stop War and End Racism), the NAACP, Defend CNY, SEIU 1199 United Healthcare Workers East, and others. Some of the most popular chants at the rally were “Stop the attacks on the working class!” and “Tax, tax, tax the rich! We can fix the deficit!”

A diverse range of speakers took to the podium to denounce attacks on working people. Bruce Peak, representing the ANSWER Coalition, told the crowd “We must take this war not to the ballot box but to the streets—it is in the streets where battles are won. And we can win, but we have to get organized.”

Maureen Curtin, an activist and professor, echoed Peak’s sentiment, stating that “Insofar as these attacks are coming from both of our dominant political parties, we have little choice but to get in the streets and make our voices heard.” Curtin also placed the protest in a greater context: “The best part was seeing so many of the people whom I'd first met at the Syracuse China rally in March when we brought more than 400 people together in 14 degree temperatures to show solidarity with workers.”