Syracuse reverend in jail after being beaten by police 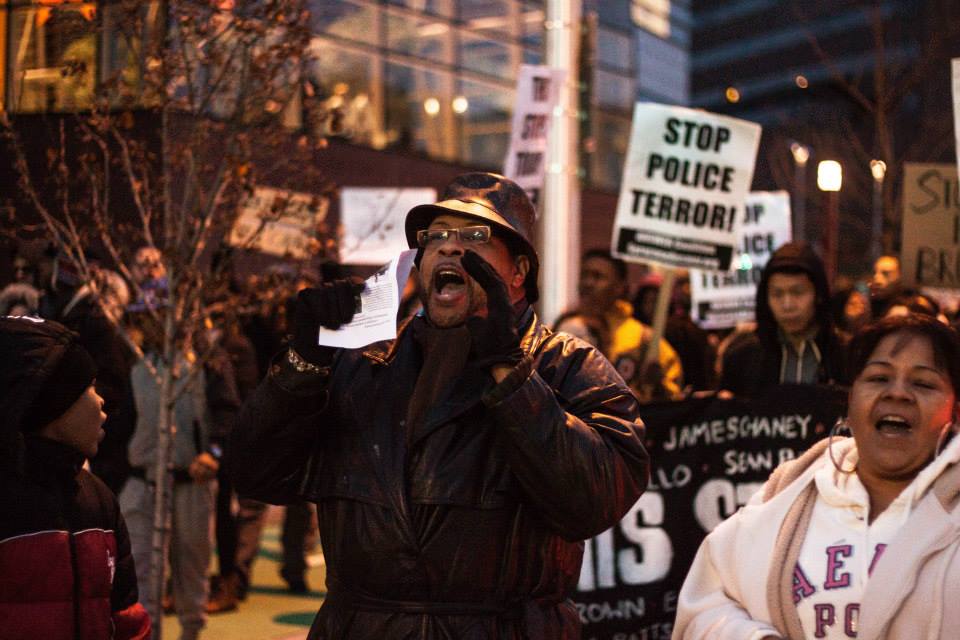 Dr. Lemorris Dexter, local Reverend and President of the Syracuse chapter of the Southern Christian Leadership Conference (SCLC), is in jail after being found guilty of "disorderly conduct" and "obstructing governmental administration" on March 20.

These bogus charges stem from a Jan. 4, 2014 incident in which Lemorris and his wife, Alicia, were beaten by police in their front yard.

Around 9:30 am that morning, Lemorris and Alisha were leaving out the back of their house. They had piles of clothes under their arms, as they were headed out to a clothing drive. As they entered their truck, Lemorris spotted two strangers in his shed. Alisha panicked and went into the house to dial 911.

Another officer then threw Lemorris against a police car and handcuffed him. At this point, Alisha came out of the house. Two female officers were there, and they threw Alicia against a railing and onto the ground, where they began to beat her. By this time, the children were watching from a bedroom window.

When Lemorris, watching his wife be beaten while he is handcuffed, objected to the mistreatment, the cop said, "It looks like the b**** is resisting."

The cops then placed Lemorris and Alisha in separate cars and brought them to central booking.

The Dexter's had recently taken a young woman, Christina, under their wings. They were helping the college graduate get her life back on track. It turns out that Christina's car had a lien on it, and the intruders, who worked for a car dealership in Oswego, were repossessing her car. The intruders at no point identified themselves.

Lemorris was victimized by local police not just because he is a person of color, but because he is an outspoken community leader, a fighter for the people. While this attack was intended to silence him and his family, it had the exact opposite reaction. Lemorris stepped up his organizing efforts.

Later that year, the SCLC up with ANSWER Syracuse to host a town hall meeting on police brutality. Over 50 people and multiple news outlets showed up, and many residents shared stories of police abuse, harassment, and misconduct. A movement was born. Since that time, the two groups have held numerous organizing meetings, community forums, protests, and marches. Victims of police brutality and their families began organizing together. 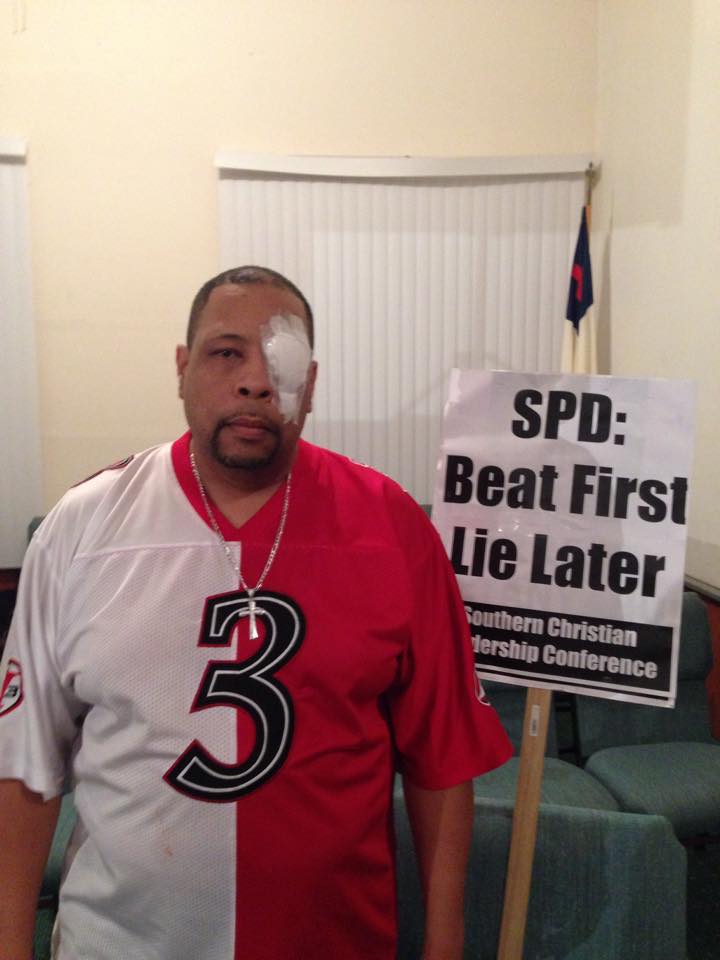 In the fall of 2014, Reverend Dexter was again assaulted by police officers. He was pulled over by an Onondaga County Sheriff for a "broken taillight." After writing him a ticket, the police officer threw the ticket and Lemoriss' driver's license at him, cutting his eye.

In December 2014, THE General Body, a student movement at Syracuse University, initiated a protest and march in response to the #BlackLivesMatter campaign. Lemorris headed up the march. He led around 200 protesters downtown to the local police headquarters, where they blocked off the intersection for an hour, chanting and sharing stories of police brutality.

All the while, the court case was looming. The trial began March 16 and lasted five days. The jury was all-white, and consisted of only two people who lived in the city of Syracuse. The Assistant District Attorney paraded numerous police officers in front of the jury, attempting to paint Lemorris as a wild, uncontrollable Black man.

Despite the fact that all of the eyewitnesses who weren't police validated Lemorris' and Alicia's narrative completely, the jury found Lemorris guilty of "disorderly conduct" and "obstructing governmental administration," both misdemeanors. They found Alicia guilty of "resisting arrest." Alicia was let out on her own recognizance, but Lemorris was sent to the local "Justice Center" to await sentencing, which will take place on April 13. Lemorris has deep roots in Syracuse, where he lives with his wife and children. He is in no way a "flight risk." But they aren't afraid of him running, they are afraid of him continuing to fight back.

This is an absolute outrage. It is a systematic attempt to silence a courageous and community and religious leader. Actually, it's not an attack on one person, it's an attack on an entire movement.

Mobilizations in defense of Reverend Dexter are in preparation. We ask all of our members and supporters to be ready to fight back.