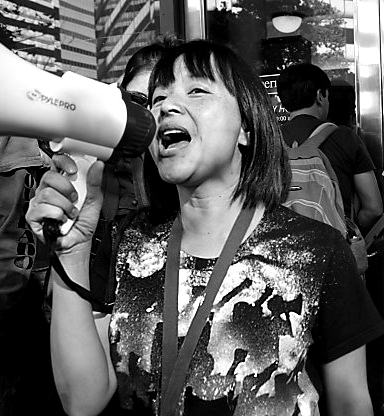 After countless instances of brutality, neglect, and multiple deaths and murders at the jail, it's clear that change is needed. No process at any level of government seems to be able to ensure accountability for what happens or does not happen in the jail. It's time to impose oversight over the policies, practices and incidents in the jail.

With the United as One Coalition, of which ANSWER Syracuse is an active and founding member, we have launched a campaign to establish an independent oversight mechanism to protect inmates in the Onondaga County "Justice" Center.

The next step in this campaign is to organize a speak out at the first 2013 session of the County Legislature. Show up--Sign in--Speak out!

Below are some potential models for such mechanisms:

1. Independent Review Board that has powers to investigate incidents and complaints, review policies, and make related recommendations to Sheriff's Dept. and/or County Executive and to monitor implementation of changes (similar to the Civilian Review Board).

3. Multilevel Committee drawn from County Agency staff to review inmate deaths (i.e., as was active in July 2000 after the suicide of Mark McComb--who was left hanging in his cell for four hours).

4. Requirement of regular reporting by Sheriff and Health Commissioner to legislature on all incidents at the jail and/or issues affecting the jail (i.e., as was required in April 1996 after death of Lucinda Batts).

5. Jail Oversight Committee of the county legislature (i.e., as was established in 1990's to help with move to new jail--the proposed reactivation was rejected by legislators).