It is clear that in the next hours or days, the Trump administration will launch new military action against Syria, as evidenced by the open threats against Assad’s government after the unsubstantiated accusation of a chemical attack. 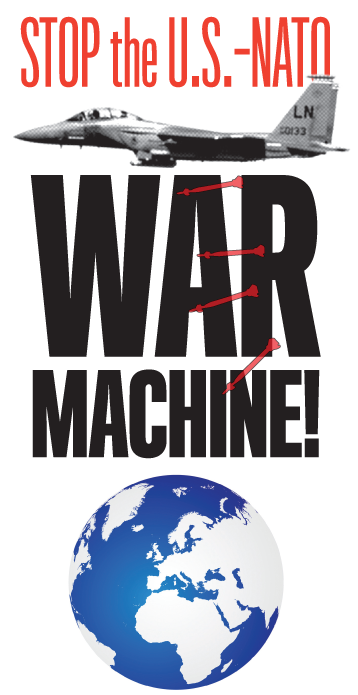 It is highly likely that a new attack will be more sustained than the 2017 cruise missile attack on the Shayrat air base in Syria.

Instead the signs point to the probability of a much wider war. Such a war could quickly expand. Trump and his new extreme warmonger National Security advisor John Bolton, are threatening Russia and Iran as well. Yesterday, Israel launched missiles against a Syrian airbase near Homs, killing at least 14 people and particularly targeting Iranian allies of the Syrian government.

At the same time, Israel is continuing its murderous response to the courageous Great March of Return in Gaza. At least 31 Palestinians have been killed and thousands wounded since the Great March began on March 30, while Israeli occupation forces have reported zero casualties. The Trump administration and leaders of both the Republican and Democratic parties have fully supported Israeli actions, making it a U.S./Israeli massacre.

Join ANSWER and many other organizations in protesting any new U.S. war!

**Please note that the protest of Secretary of “Defense” Mattis is cancelled.