TAKE ACTION: We The People Demand NO Intervention in Venezuela 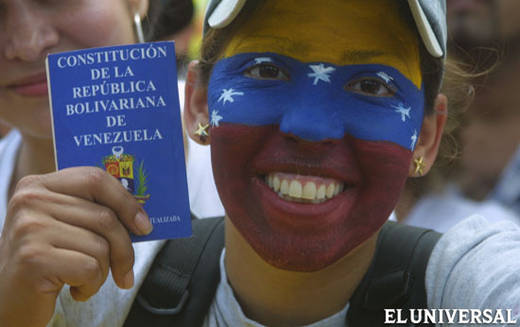 1. Call the US State Department's Venezuela Desk at 202-647-4216 or email [email protected].   Comments can be directed to Secretary of State John Kerry.

3. For congress contact the ranking members of the Foreign Operations Sub-Committee and ask them to cut all US funding of opposition groups in Venezuela from the 2014 Federal Budget.

4. Attend a Venezuela solidarity rally in your area or organize one.

5. Write a letter to the editor of your local paper countering media misrepresentation of Venezuela’s elections.

We call on the US government to immediately recognize the election of Venezuelan President Nicolas Maduro who was elected by majority vote in a free and fair election on April 14. We further call on the United States government to condemn post-election violence perpetrated by elements of the Venezuelan right-wing and to cut off US “democracy promotion” aid to any group calling for or perpetrating violence in the post-election period which has already taken the lives of at least seven Maduro supporters.

We note that the US government has been quick to recognize US-favored winners of other elections in the hemisphere which had far less legitimacy than the Venezuelan election, most notably the election of Porfirio Lobo in 2009 under a Honduran coup-regime run election conducted during a State of Emergency, and the 2011 election of Michel Martelly in Haiti where the largest party, Lavalas, was not allowed to run a candidate.

Former US President Jimmy Carter has called Venezuela's electoral system “the best in the world” and there is no doubt that President Maduro won the popular vote with 50.66%. With a winning margin of over a quarter of a million votes, Maduro’s victory is far from the closest vote in the history of world elections. In the last fourteen years, the Bolivarian Revolution has won 17 of 18 elections and recognized the election outcome of the 2004 constitutional reform, which it lost by a 0.59% margin, which was much closer than the 1.59% margin in the April 14 election. President Maduro’s election has now been recognized by many countries all over the world ranging from El Salvador, China, Russia, Paraguay, Brazil including the Organization of American States (OAS).

Venezuela, unlike the US, conducts both pre and post-election audits, including 54% of voting machines, before the electoral authority, which is an independent fourth branch of government, certifies a victor. Fraud is nearly impossible under the Venezuelan system because the voting machines produce a paper receipt which is kept and compared against the machine count. All political parties participate in every step of the election audit. There is therefore no legitimate reason for the US government to withhold its congratulations to the new president of Venezuela, Nicolas Maduro.

We further demand that the United States government and the quasi-governmental National Endowment for Democracy, as well as the CIA, US Embassy, and other US entities cease funding opposition forces in Venezuela and cease efforts to destabilize and delegitimize the democratically elected Government of Venezuela. In 2002 the US government backed a failed coup against democratically elected former President Hugo Chavez. We find it fitting and symbolic that his successor, Nicolas Maduro, was elected president 11 years and one day after the people and army of Venezuela returned President Chavez to his elected office.

The United States government has made multiple mistakes in its relations with Venezuela. We demand that it not compound its errors by failing to recognize the results of the April 14 election and by further emboldening the violent forces within Venezuela who look to the US government for leadership.