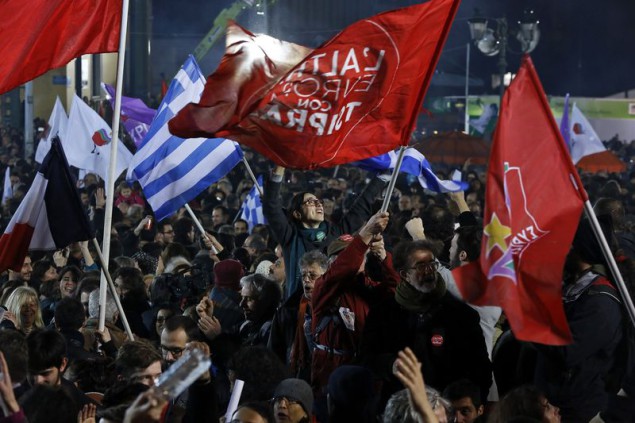 Guest speaker, LA high school teacher and UTLA member will give a report on the current fight for teachers and students.

Los Angeles is home to super rich corporations and one of the highest concentrations of extremely wealthy people in the U.S. Yet it is also the poverty wage capital of the U.S. where over 800,000 workers are paid less than $15 per hour and where employers are notorious for not paying workers even the minimum currently required. Over a billion dollars is not paid to LA workers each year that they are entitled to by law.

How do poverty wages impact the classroom? Come hear how 55 percent of public school students in California come from families who are so poor that they qualify for free or reduced lunches.
(2) GREECE: THE SHIFT LEFT IN THE ELECTIONS

The situation in Greece and Europe as a whole has taken a dramatic turn with the electoral victory of the Coalition of the Radical Left (SYRIZA) and its leader, Alexis Tsipras, as prime minister. Poor and working people in Greece, who have suffered tremendously under austerity measures that have stripped away the gains won over decades of struggle, expect the new government to deliver on its promise to end this offensive against social rights and reduce the country’s debt burden.

What's behind the electoral victory of the anti-austerity program of SYRIZA? Where could it potentially lead? Is it correct for the Communist Party of Greece to refuse to join a coalition with SYRIZA? Hear the PSL's socialist perspective on these new developments.