Tell the White House & Congress: No Funding for neo-Nazis in Ukraine! 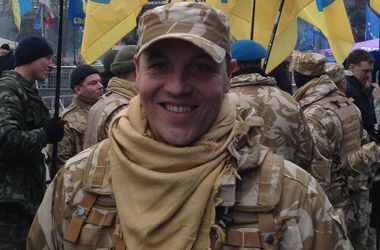 Andriy Parubiy, co-founder of the fascist Social National Party, which later changed its name to Svoboda. He is the new top commander of the National Defense and Security Council. 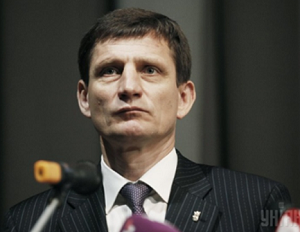 Oleksandr Sych, member of neo-Nazi Svoboda, is one of three Vice Prime Ministers.

It is a disgrace that State Department officials and John McCain stood arm in arm in downtown Kiev with neo-Nazi leaders as they became the primary leadership in the EuroMaiden protest movement that was demanding Ukraine’s integration into the E.U. and then NATO.

The ANSWER Coalition has launched a new campaign to flood Congress and the White House with thousands of emails demanding that not one cent of taxpayers’ money be spent for the new Ukrainian government where neo-Nazis and semi-fascists hold many of the most powerful Cabinet positions, including Ukraine’s military.

These fascists are ultra-nationalists who spew hatred of Russians, Jews, Poles and communists. Their usage of old-style Nazi-like symbols and iconography speaks volumes. In the last year they have destroyed and vandalized the monuments that honor World War II veterans from Ukraine and the Soviet Union, who helped defeat Naziism in World War II.

Send a letter today. Let every politician know that we will not tolerate and we will not fund neo-Nazis in Ukraine or anywhere.

The new, self-appointed government in Kiev is a coalition between right-wing and outright fascist forces, and the line between the two is often difficult to discern. Moreover, it is the fascist forces, particularly the Svoboda party and the Right Sector, who are in the ascendancy, as evidenced by the fact that they have been given key government positions in charge of the military and other core elements of the state apparatus.

Highlighting its extreme right-wing character, among the first actions of the rump Rada (parliament) were terminating the official status of Russian and Greek as minority languages, rescinding the Crimea’s autonomy, and outlawing the Ukrainian Communist Party.

The new Secretary of the powerful National Defense and Security Council is Andriy Parubiy. He is also listed as being from the Fatherland party. But here the murky divide between the right-wing and fascist parties comes into view.

Parubiy was co-founder of the Social National Party in 1991, an openly fascist party whose symbol was the “Wolfsnagel,” which closely resembles a swastika. The SNP changed its name to Svoboda (“Freedom”) in 2004, and has tried to somewhat moderate its image while retaining its neo-Nazi core.

Parubiy’s deputy is Dmytro Yarosh, who was the leader of the fascist Right Sector’s paramilitary forces in Maidan. In a recent BBC video, a Right Sector leader said: “National socialist [Nazi] ideas are popular here. …We want a clean nation, not like under Hitler, but a little bit like that.”

Though not named as a government minister—clearly by choice—Oleh Tyahnybok is the leader of Svoboda, of which he was also a co-founder when it was known as the Social National Party. Now he is one of the most powerful figures in the country.

While Tyahnybok sought to moderate Svoboda’s public image beginning with the name change in 2004, a speech he gave the same year showed just how paper-thin that cover was.

Speaking at memorial to a commander of the Ukrainian Insurgent Army (UIA) that collaborated with the Nazis and massacred tens of thousands of Poles, Jews and communists, he called for Ukrainians to fight the “Muscovite-Jewish mafia” which he claimed were running the country.

Tyahnybok praised the UIA and the Organization of Ukrainian Nationalists led by Stepan Bandera, who “fought against the [Russians], Germans, [Jews] and other scum who wanted to take away our Ukrainian state.”  (For the terms “Russians” and “Jews,” he substituted extremely derogatory slurs).

As window dressing for the semi-fascist government the U.S. State Department literally picked Ukraine’s new Prime Minister to be the titular head of the government because he is not overtly tied to any neo-Nazi party like the other powerful Cabinet members. But that does not change the reality that the forces of fascism have gained the upper hand.

The people of this country reject neo-Nazism in Ukraine or anywhere that it raises its ugly head.

Send a letter today to officials in Congress and the White House telling them that you will never support your hard-earned dollars used to fund neo-Nazis and fascists.

Click here to make an urgently needed donation to help us organize against war and fascism.

Click here to read more about the new government in Ukraine.