The Cuban Five are Free! 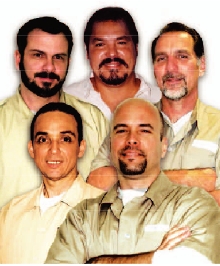 At last! The Cuban 5 are free. After 16 years of imprisonment, the United States government has released the final three members of the Cuban 5: Gerardo Hernández, Ramón Labañino and Antonio Guerrero

The imprisonment of the Cuban 5 for the last 16 years has been a grave injustice. Their freedom has been a focal point for struggle by people around the world who demanded their release.

They were never terrorists; they were always fighting terrorism.

The imprisonment of the Cuban 5 has been one chapter, one battle in a decades-long war directed against the Cuban people and the Cuban Revolution.

The Cuban people have been blockaded, invaded and subjected to all kinds of terrorism, and yet have remained resolute in defending the independence of their country and the social system that puts people before profits.

Congratulations to Cuba, to the Cuban 5 and their families, and to all of those who have rallied in support of their freedom around the world.

The ANSWER Coalition has organized scores of demonstrations, rallies, campus events, mass petitions, letter writing to Congress and other activities as part of the movement to free the Cuban 5. We thank all of the ANSWER Coalition supporters and volunteers who have dedicated so much time and effort to this noble cause.

Movements from the grassroots can make change. In fact, power is in the people if we are organized and mobilized. We will continue to fight for justice.