The last day to make a difference 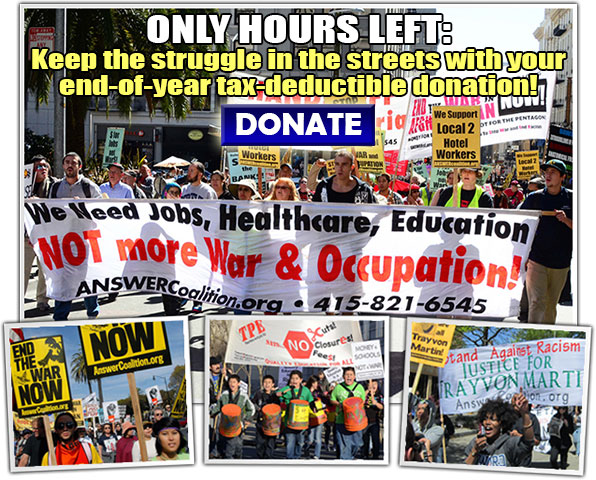 This is the final day. The final hours. The last chance to keep some of your tax dollars from going toward war and occupation, and support the movement for peace and social justice instead.

If you've been meaning to make an end-of-year, tax-deductible donation to support the work of the ANSWER Coalition, please don't wait any longer. Your financial support is urgently now.

By making a generous tax-deductible donation now, you will help us make the most out of the dollar-for-dollar matching offer from activist and educator Jane Cutter. Donors giving $50 or more today will also receive a copy of Richard Becker's "Palestine, Israel and the U.S. Empire" as a token of our appreciation.

Thank you for your continued support in this critical struggle over the future of the country and the world. 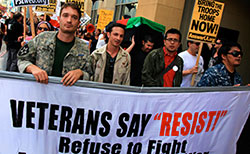 Bringing the anti-war movement to soldiers, marines and veterans 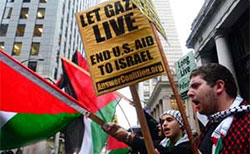 Standing in solidarity with the Palestinian people's struggle

When Israel, with U.S. support, renewed its assault on Gaza, ANSWER mobilized immediately. 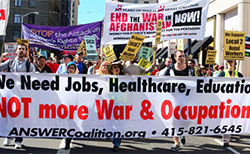 Ending the longest U.S. war: the occupation of Afghanistan

In October, ANSWER joined with many others to call for an end to the war in Afghanistan. 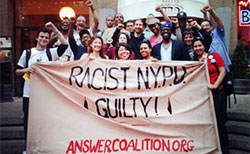 Responding to the national epidemic of racist police brutality

We link the struggles against war and imperialism abroad with the anti-racist and other progressive struggles at home. 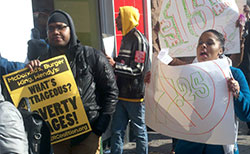 Standing with low-wage workers on the move

ANSWER has been proud to stand with workers fighting back in heroic stirrings of revitalization from the U.S. labor movement. 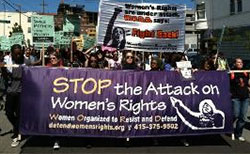