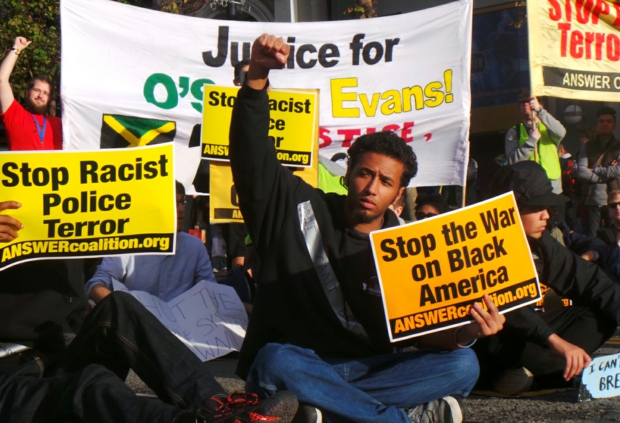 The People’s Movement to End Racist Police Brutality – What’s Next?

Righteous anger has erupted in New York, Ferguson, Los Angeles, San Francisco and more than 200 cities and campuses across the country after grand juries announced no indictment of Darren Wilson and Daniel Pantaleo for the murders of Mike Brown and Eric Garner. These are just two victims of an epidemic of police abuse and murder that has claimed the lives of hundreds of African American, Latino, other people of color and poor people in general over the past year.

The ANSWER Coalition has organized and supported the protests. Join us as we discuss the strategic next steps for this growing movement. See new video and photos from the December 6th shut down of Market St. in San Francisco. Only the people can bring an end to injustice. The time is now!

Donation requested (no one turned away for lack of funds)
Wheelchair accessible. Refreshments provided.