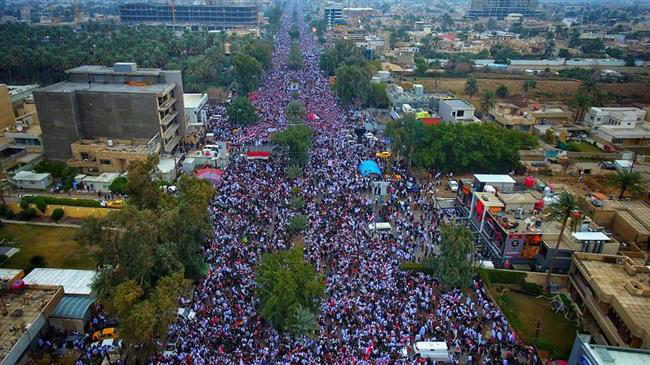 Today: One Million+ Iraqis Said NO to Troops in Iraq!

Tomorrow: Join Us to Say NO to War in Iran & Troops in Iraq!

More than a million Iraqis took to the streets today to demand that U.S. troops leave their country. This is a global movement. Tomorrow, people will demonstrate at the White House and in 202 cities around the world to demand No War! No Sanctions! U.S. Out of Iraq and the Middle East!

Find a protest in your city here!