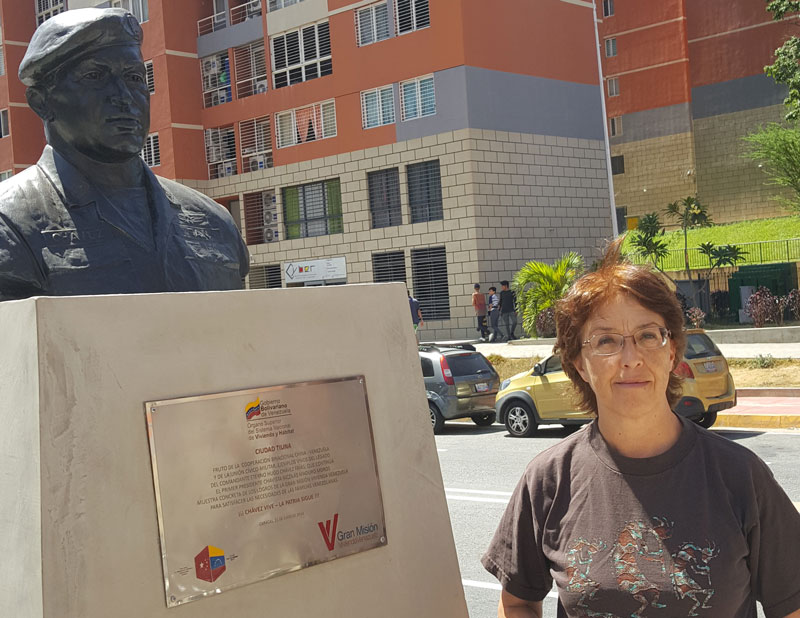 "As Venezuela is plunged into darkness again, huge mobilizations took place today in opposition to the Trump administration's war against the government.

The power went out for the third day, today, Sat. Mar. 9, due to cyber attack, which according to the Venezuelan government is similar to the CIA Stuxnet attack on Iran. The water situation is especially serious, as the water pumps run on electricity. Food situation is increasingly difficult as many people rely on debit cards which can't be used due to outages. Due to contraband operations, there are almost no sovereign Bolivares, the national currency available to the population. Transport situation is in crisis as well as pumps are needed for fuel. The Simon Bolivar International Airport is shut down.

Immediately after the power went down, U.S. Secretary of State Mike Pompeo sadistically boasted, 'No food. No medicine. Now, no power. Next, no Maduro.' U.S. sanctions have inflicted great damage on the Venezuelan economy.

When the power first went down on Thursday at 4:55 pm Caracas time, tens of thousands of workers were forced to walk home in the dark, some all night. Schools and most workplaces were forced to close, Power went down again on Friday and today.

Despite this situation, there was a huge demonstration in support of the government and the Bolivarian Revolution, despite. There was also a anti-government protest where the U.S.-chosen 'president' Juan Guaido spoke, demanding once more that the actual elected President Nicolas Maduro resign.

The people of the United States are standing up to the Trump administration's war on Venezuela. On March 16, there will be a National March on the White House demanding 'U.S. Hands Off Venezuela."