Read Zoom in Korea for coverage of U.S. deployment of THAAD missile system

We encourage you to read the articles below from Zoom in Korea for an update and report on the brutal deployment of the U.S. THAAD missile system to South Korea. The ANSWER Coalition is committed to continuing the struggle against THAAD and U.S. militarism as part of the Task Force to Stop THAAD in Korea and Militarism in Asia and the Pacific (StopTHAAD.org). 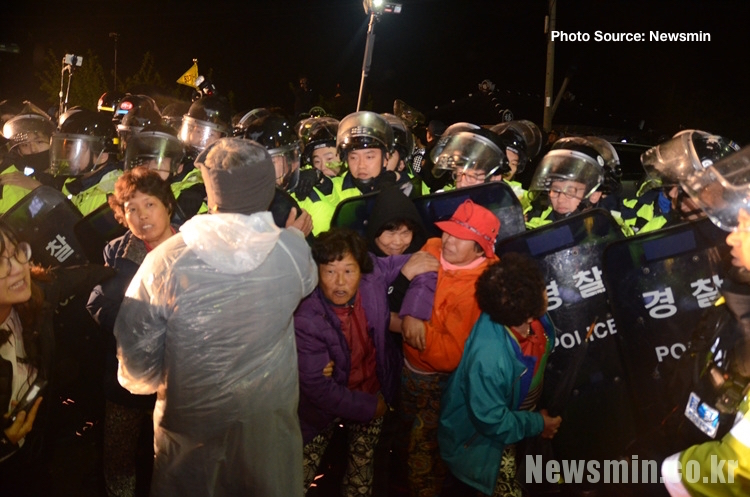 [April 26, 2017] The residents of Seongju and Gimcheon were caught off guard when the United States Forces Korea and the South Korean Defense Ministry forced key parts of the Terminal High Altitude Area Defense (THAAD) missile system into the former Lotte Skyhill Golf Course in the early morning hours of April 26. Many of the THAAD parts, including the AN/TPY-2 radar, are believed to have been transported into the deployment site.

Read more and watch videos on the Zoom in Korea website

[April 24, 2017] On April 22, 80 people, including residents of Seongju and Gimcheon, and Won Buddhists blocked two military vehicles carrying hazardous material from entering the former Lotte golf course, which is now the deployment site for the U.S. THAAD missile defense system. The protesters stood their ground for six hours to stop the vehicles from crossing Jinbat Bridge to the deployment site. Military authorities had no choice but to withdraw the vehicles and turn away from the deployment site.

Read more and watch videos on the Zoom in Korea website