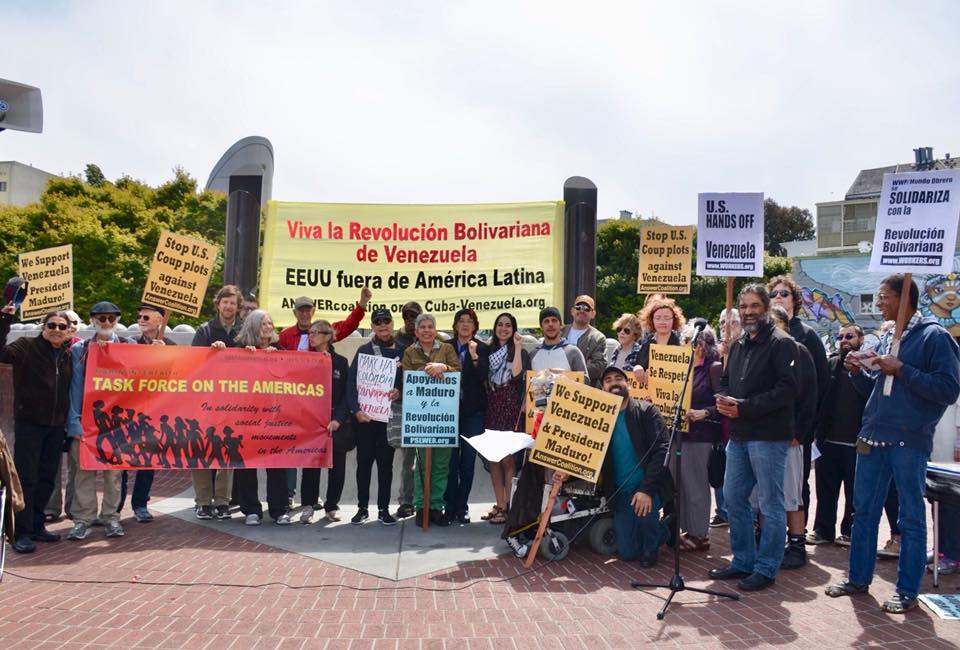 The ANSWER Coalition is outraged at the blatantly interventionist declaration by the Trump administration that it will refuse to accept Nicolás Maduro as the legitimate president of Venezuela. We congratulate President Maduro on his inauguration for a second term following his decisive victory in the 2018 election, and the Venezuelan people for persevering in the face of the economic war aimed at overthrowing the Bolivarian Revolution. Since the election of Hugo Chavez in 1998, the Bolivarian process has brought about huge changes that improved the lives of and empowered the country's poor and working class.

As the inauguration ceremony was underway, extreme war hawk and U.S. National Security Adviser John Bolton tweeted that the United States will not recognize Maduro's presidency, and instead seek to bring "freedom and democracy" to Venezuela. One only has to look to Iraq, where over one million people died as a consequence of the 2003 invasion carried out the last time Bolton held a high-level government position, to understand the true meaning of American-style "freedom and democracy".

The U.S. government is assembling a coalition of sell-out leaders in Latin America to mask the true character of its imperial assault on Venezuela. This coalition is referred to as the Lima Group, which has also declared (with the notable exception of Mexico) that it would not recognize President Maduro's second term. Secretary of State Mike Pompeo recently traveled to meet with the extreme right-wing presidents Bolsonaro of Brazil and Duque of Colombia, and encouraged them to step up the pressure on Venezuela.

The alliance of imperialist powers, their far-right lackeys and business elites that seeks to overthrow President Maduro do not care one iota about fair elections or human rights. Progressive people in the United States should not be fooled by their rhetoric. In fact, it is Venezuela's Bolivarian Revolution that shows the way for all people who desire social justice and genuine, grassroots democracy.