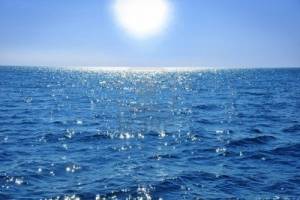 Capitalism not only destroys human life in the present, it distorts the creative potential of humanity and prevents us from realizing a future of peace and abundance. A clear example of this terrible reality of the capitalist system is the recent revelation that the Defense Advanced Research Projects Agency—a government entity that works on high-tech military projects—is developing underwater drone technology.

Drones, also referred to as Unmanned Aerial Vehicles, are operated by “pilots” safely located far away from the area of combat and used for a variety of military and surveillance operations. They are most commonly associated with the U.S. bombing of Pakistan, which has led to the deaths of hundreds of civilians.

The DARPA underwater UAV research takes this a step further. Referred to as “upward falling payloads,” the project envisions underwater containers that, when activated by sensors, float to the surface and release a drone. Until activated they would be virtually undetectable. DARPA’s assertion that this is “specifically not a weapons program” is laughable.

Reminiscent of delusional attempts to militarize outer space, this project seeks to further use the world’s oceans as a launching pad for imperialist aggression. This is a grave offense to the poor and working people of every nation—the ocean belongs to everyone, it is not the property of imperialist powers to be used as an avenue for domination and exploitation.

It is especially obscene that resources from the enormous military budget are being poured into this program at the same time that politicians tell us that we are in a fiscal crisis. They say that there is not enough money for Medicare, Medicaid and social security but always seem to be able to fund the development of new instruments of terror and destruction.

But in a larger sense, DARPA’s underwater drones illustrate a key contradiction of technological advancement under capitalism. Human beings have the incredible ability to innovate and think critically, but as long as the capitalist system of exploitation for private profit persists this creativity will be channeled into the most destructive areas of research. Only a socialist society oriented towards meeting social needs can end this tragic abuse of human potential.