[The San Francisco Labor Council recently passed a resolution in support of the March 16 National March on Washington, as has the SEIU International Lavender Caucus. In solidarity with these efforts, the following letter has been circulated among anti-war labor unionists nationwide.] 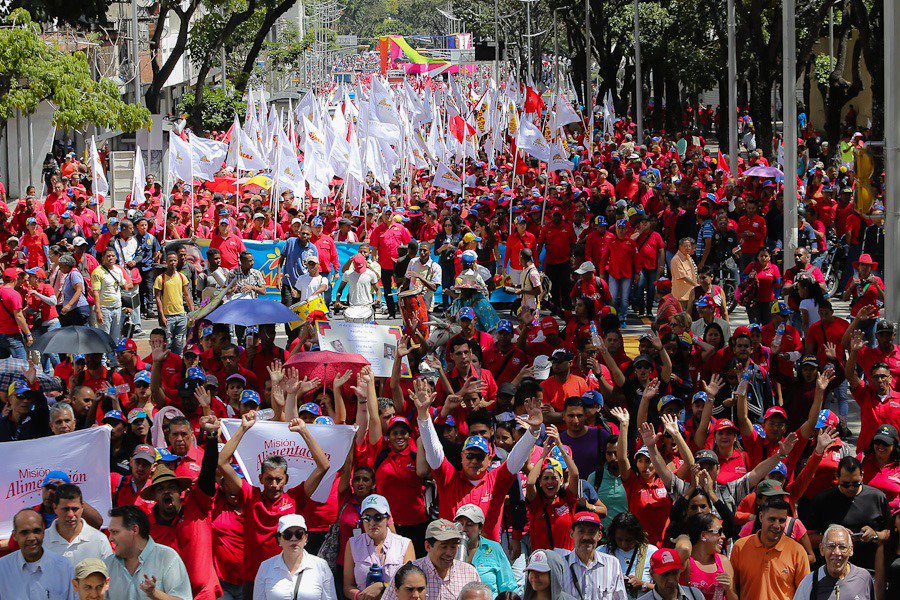 We the undersigned union members, officers and unions believe that President Trump’s support of the current coup in Venezuela is not in the interests of any worker, either in the United States or Venezuela. Donald Trump and his administration do not care about the workers of Venezuela, their suffering or their human rights any more than they care about workers here in the United States, or for that matter, anywhere.

Suffocating U.S.-imposed economic sanctions have caused great suffering among working people in Venezuela. This global economic strangulation of workers there is just an extension of the austerity and union-busting we have come to expect in our communities from Washington. We and our unions have nothing to gain by supporting this coup and contributing to the suffering of the Venezuelan people.

We are proud of our labor movement, but let us not repeat the bloody history of our recent past. In 1973 our AFL-CIO top leadership helped topple the democratically elected president of Chile, Salvador Allende; in the 1980’s helped fund the contras in Nicaragua and undermined unions in El Salvador, Guatemala and Honduras and in 2002 supported an earlier, failed  attempted coup in Venezuela.

The Trump administration has assembled a team of notorious warmongers to lead the regime change effort against Venezuela. John Bolton, the principle architect of the "troika of tyranny" offensive against progressive Latin American governments including Venezuela's, also played a key role in the invasion and destruction of Iraq that took the lives of over a million Iraqis and thousands of U.S. service members. To lay the foundation for an outright war, the U.S. government is ramping up sanctions aimed at making life unbearable for ordinary Venezuelans.

On March 16, we can make a difference and demand an end to this campaign to carry out regime change in Venezuela that would eliminate the country's independence and impose neo-liberal policies that would devastate poor and working families.

All labor unionists unite and declare: no support for Trump's 2019 coup in Venezuela!